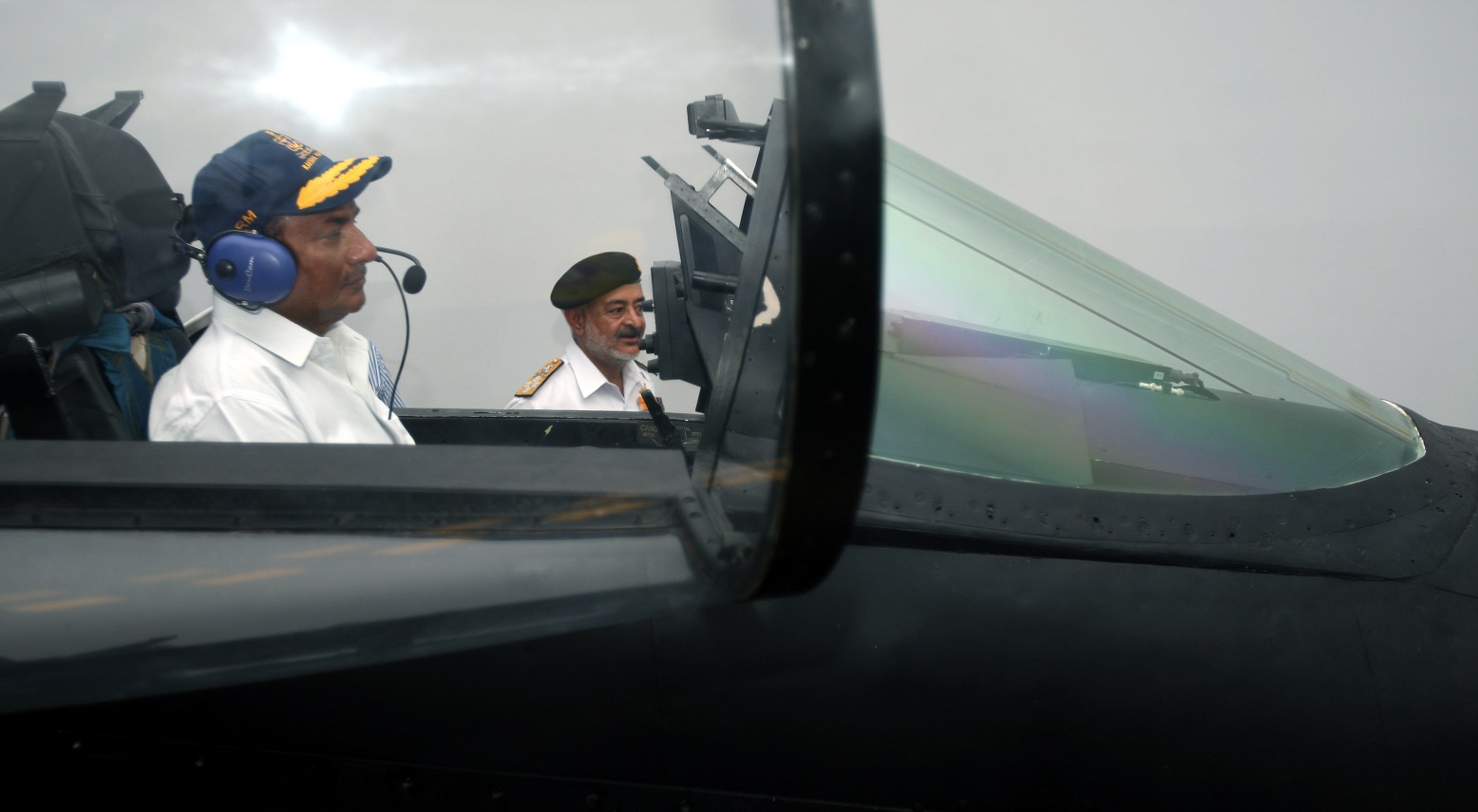 He said defense prparedness has to be enahnced through acquisition of new technology and better training of the personnel given that the security scenario in the region was changing at rapid pace.

Antony said he was confident that the squadron “will make a significant contribution in enhancing peace and stability in our area of operations”.

He said it would also provide effective safeguards for unhindered economic development of the country and other friendly nations in the Indian Ocean Region (IOR).

To be deployed on the INS Vikramaditya, which is currently undergoing sea trials in Russia after an extensive refit and which is to be inducted later this year, the MiG-29K carries enough punch to simultaneously undertake air dominance and power projection missions and bestowes great flexibility on the commander at sea.

It is a state-of-the-art, all-weather fighter especially built for the Indian Navy. It has a maximum speed over 2,000 kmph (twice the speed of sound), can pull up to eight times the force of gravity and climb to an altitude of over 65,000 feet.

Equipped with arsenal comprising some of the most sophisticated weapons in the world, it can engaging targets in the air, at sea, or on land.

It is also equipped with latest avionics and has air-to-air refueling capability which extends its range for “true power projection and air space dominance roles.

INAS 303 is commanded by Capt A. D. Theophilus, an accomplished and experienced Sea Harrier pilot and a qualified flying instructor.

Since their induction in 2010, the MiG 29Ks have flown over 2,500 hours and have successfully concluded armament trials of the entire range of arsenal comprising air-to-surface missiles, air-to-air missiles, bombs, rockets and guns.

The aircraft have also participated in theatre-level exercises with the Indian Navy and the Indian Air Force.

The squadron has been christened the ‘Black Panthers’. The number 303 has been derived from the revolutionary .303 rifle cartridge, which in the mid-19th century replaced the traditional lever-action cartridges with pointed-tip bullets, giving them a ballistic advantage over their counterparts.

The squadron’s insignia depicts the rare Black Panther, rampant on sea waves, against an azure background.

The defence minister also inaugurated a state-of-the-art full mission simulator which will enable pilot training across the range of aircraft capabilities, including carrier take-offs and landings, combat missions and even air-to-air refuelling.

“After flying a 25-minute sortie, Antony was impressed with the immersive realism of the simulator,” a defence ministry release said.

The SBTF, which replicates the aircraft carrier environment ashore, includes a ramp for short take off and arrester wires for arrested landings.

Antony was shown the facility, which will be inaugurated in a few months. Once inaugurated it will serve both the LCA Navy as well as MiG29K for both testing and training purposes.