Chandigarh: A top Congress leader displaying the manifesto of the ruling Shiromani Akali Dal in Punjab may appear odd, but that’s exactly what is happening in Punjab these days. 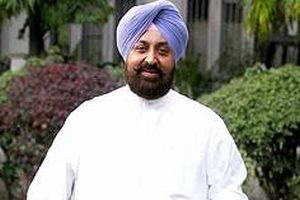 Newly-appointed Punjab state Congress president Pratap Singh Bajwa carries a copy of the Akali Dal election manifesto everywhere he visits as part of the ongoing campaigning for zila parishad and block samiti polls in the state. But he is not doing any service to his political opponents.

Bajwa shows the manifesto to people and asks them if any of the 204 promises made in it by the Akali Dal have been fulfilled. The promises were made by the party in its election manifesto released before the January 2012 assembly elections. The Akali Dal returned to power in the state for a second consecutive term after the polls.

During his rallies, Bajwa has been reading out the Akali Dal manifesto and then posing questions to the people. “Have you got anything out of this?” he asks. According to him, in over 14 months in power (since March 2012), the Akali Dal has failed to fulfil any of its promises.

“Have you got the Rs.1,000 per month unemployment allowance? Has the pension for widows and senior citizens been hiked? Are you getting the money of the Shagun scheme?” are some other questions he poses to his audience.

“We want to expose the Akali Dal through their own document. Chief Minister Parkash Singh Badal and his son Sukhbir (Akali Dal president and deputy chief minister) have cheated the people of Punjab. The state is in a debt of over Rs.1 lakh crore. Where has the money gone?” Bajwa asks.

The Congress party, which has been on a losing all elections, including assembly polls, by-polls, municipal and other elections, is trying to rejuvenate itself under Bajwa’s leadership.

Appointed to head the party in the state in March this year, Bajwa does not seem to enjoy the support of top Congress leaders in the state. He replaced former chief minister Amarinder Singh. His appointment as the state Congress chief was virtually opposed by Amarinder Singh, who went on record to say that he would have “suggested a better candidate”.

Bajwa faced a snub from the Congress party’s central leadership when he appointed his brother Fateh Singh Bajwa as the party’s general secretary and three others as secretaries. His appointments were put on hold, leaving him embarrassed at the very beginning of his tenure.

However, he has been able to create political noise and activate the Congress. He is even seen in political circles daily, unlike Amarinder Singh who had his prolonged intervals of absence from the state politics.