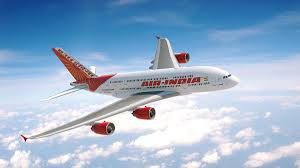 The services would be the first in eight months as only Kingfisher Airlines operated services between New Delhi and three airports in Himachal Pradesh – Jubbarhatti near Shimla, Gaggal near Dharamsala and Bhuntar near Kullu.

There have been no flights in all three airports after Kingfisher Airlines was grounded last October, affecting tourist and business travellers to the state.

According to Kangra airport in-charge Kuldeep Sharma, Alliance Air will operate the service with a 48-seater turbo-prop ATR aircraft.

The airline also conducted a test-flight at Kangra today.

Likewise, Air India is starting its regular flight between Delhi and Kullu, near picturesque resort of Manali from Wednesday.

“SpiceJet is awaiting approval from the DGCA (Directorate General of Civil Aviations),” Sharma, who is legislator from Dharamsala, told.

However, Shimla airport will not have any air service.