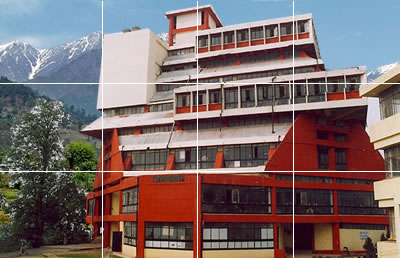 Shimla: Struggle to get enrolled into the Master’s Degree program in Himachal Pradesh University is not an easy task this year. Entrance exams are being held and students from the different parts of Himachal Pradesh are competing to get admission into University for next upcoming session starting July, 2013.

Entrance examination for Master’s degree in Journalism was held on 13th May, and has luck would have it, the same day, students violence broke out on the campus.

Belying anxieties about new comers losing interest in a campus where violence was rampant, at the next entrance examination the number of students only increased.

The large number of students applying for courses offered by Himachal Pradesh University is believed to be the affordable costs, when compared to private university education.

MBA, MSW, LLB, MSc., PGDMC and many more courses offered at HPU are much cheaper with the exception of some non subsidized or NRI quota seats.

Avinash Thakur from Solan who participated in MBA Entrance exam said that HPU is good option for higher studies mainly because of the cheaper costs involved.

Another student, Nitin Sharma said rating of the MBA course at HPU, fee  for which in less than Rs 5000/- is much better than the courses costing lakhs of rupees at private universities.

About the students’ interest in HPU, an official said “students as always are showing their interest in HPU and the environment on the campus has not made a big impact on the minds of new comers”.