Chennai, May 26 (IANS) Seventy-eight-year-old Ummi Abdulla, an expert in Moplah cuisine of Kerala, is still far from retiring, busy as she is with tours of cities like Chennai and Bangalore to anchor food festivals.

An author of six cookbooks, Abdulla has two more in the press. She is perhaps one of the few Indian women of her age and community to exchange business cards with others.

A resident of Kozhikode in Kerala, Abdulla is now anchoring the Moplah food festival at Ente Keralam, a fine dining Kerala cuisine restaurant chain here and in Bangalore.

“I will be going to Bangalore to oversee the Moplah festival at the Ente Keralam outlets there,” Abdulla said, offering the much needed chilled Muthari Sherbet (body cooler made with palm sugar, ragi and fresh coconut milk) and Nannari Sherbet (fresh lime juice scented with sarsaparilla) during the sweltering summer heat here.

Centuries ago, many trading Arabs visiting Kerala stayed back, marrying local women. The food the community cooks is what is known these days as Moplah cuisine. 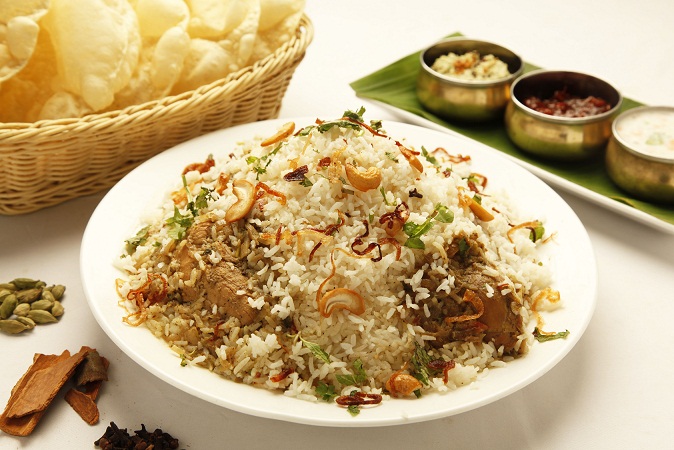 The Moplah community is made up of Malayalam-speaking Muslims living in Kerala’s Malabar region with their roots in Arab countries. Moplah is derived from the Tamil word “maappillai” or new groom.

“I got married very early. My husband’s job brought us here. After my two daughters got married, my husband asked me to join some cooking/pastry classes which I did,” she told IANS.

Soon, she started winning prizes in cooking contests held by several magazines. Abdulla even got an out-of-court compensation settlement from a popular women’s magazine which had awarded another person an award for a recipe plagiarised from her.

“First, I decide a name for a dish around the main ingredient. Other things -ingredients, method of cooking – just follow,” Abdulla said when asked about how she conjured up new dishes.

Though her sister B.M. Zuhara is a Malayalam novelist and brother B.M. Gaffoor a famous cartoonist, Abdulla was a bit reluctant initially to bring out a recipe book as suggested by her husband.

“The first task was to convert the hand and eye measurements of ingredients into grams and teaspoons. My husband got me all the items that were needed. He also translated the recipes to English from my mother tongue, Malayalam,” she said.

After her first book — published in English and later translated to Malayalam — was published, others followed without a hitch.

For those with a sweet tooth, there’s muttamala (sweet strings of egg yolk cooked in sugar syrup); unnakkai (cotton pod-shaped sweet made with nendran bananas) and pazham nirachathu (stuffed banana with coconut sweet mixture), among others.

“The Moplah feast is available for lunch and dinner on a la carte-basis. The average cost of lunch/dinner for two will be around Rs.900,” Jaya Prasad, brand chef, Ente Keralam told IANS.

The festival is on till June 9.