“It is his 18th year in Chinese custody at an undisclosed location after he and his parents disappeared in 1995. He was only six years old when he was disappeared by the Chinese authorities,” said Ms Tsering Tsomo , spokesperson of Tibetan Centre for Human Rights and Democracy (TCHRD), which is demanding immediately and unconditionally release of Panchen Lama. 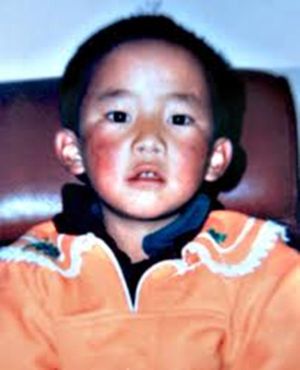 She said, for last 18 years, the Chinese authorities have willfully misled the international community on the actual whereabouts and wellbeing of Gedhun Choekyi Nyima and his family members.  The Chinese government has failed to substantiate such hollow reassurances with concrete evidences, and has continued to rebuff any requests from UN human rights mechanisms and other international bodies.

Since Gedhun Choekyi Nyima is widely regarded by many Tibetans as the true incarnation of the Xth Panchen Lama, the Chinese government should allow him to be who he is and what Tibetan people think of him.

The Tibetan Centre for Human Rights and Democracy (TCHRD) has called on China to release Gedhun Choekyi Nyima immediately and unconditionally.