Shimla: The war of words is hotting up in Himachal Pradesh over the proposed multi-million dollar investment for a ski resort project being promoted by Alfred Ford of the Ford Motor Company near the picturesque tourist town of Manali. This, when it is unclear whether the promoters are keen to restart the project.

The main political parties – the ruling Congress and the opposition Bharatiya Janata Party (BJP) – are issuing statements and counter-statements thick and fast on the project. 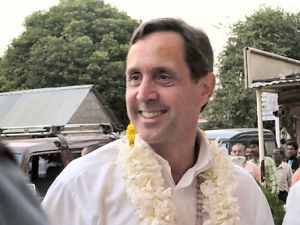 Even local panchayats and environmental activists have started regrouping to voice their discontent against the Himalayan Ski Village project, which proposes the laying of world-class ski slopes, and the construction of five-star hotel chalets with an investment of Rs.1,581 crore (Rs.15.81 billion/$293 million).

The BJP has charged the government with extending favours to a company by ignoring local protests and the fragile environment, whereas the Congress blames its arch rival for leaving the project in lurch when it was at the helm from 2007 to 2012.

“The government is favouring a project that will not only have an adverse impact on the environment but also on the livelihood of thousands,” the BJP’s former chief minister, Prem Kumar Dhumal, told reporters in Kullu town earlier this week after a high-power committee headed by Chief Secretary Sudripta Roy decided to allow the promoters to go ahead with the project.

He said the Congress government had in 2005 allowed Ford to construct the resort, which will have 700 rooms, on 3,000 ‘bighas’ (600 acres) by violating statutory state land provisions.

Expressing surprise over Dhumal’s remarks, Transport Minister G.S. Bali, who once played an important role in facilitating the company to invest, said it was the BJP government which didn’t allow the company to execute the project during its regime.

“It is Dhumal who is solely responsible for ruining the project. If it comes, it can generate employment for thousands,” he told reporters in Shimla on Monday.

But he clarified that no official of Himalayan Ski Village had contacted the government to restart the project.

“I also don’t know in what state the company is. Now, when the company does not exist, then what is the point of protest? Dhumal and his men are barking up the wrong tree,” he contended.

Interestingly, the BJP has announced it would launch a state-wide stir if the project goes ahead.

“We are getting investments and we don’t want to create hurdles. We took a decision on April 16 to allow the company to go ahead with the project, provided it gets fresh clearances, including the environment impact assessment report,” Roy had told.

He said the government was in favour of withdrawing the appeal filed by the previous government against the company in the state high court.

“It’s now up to the promoters to come to the government to pursue the project,” the chief secretary said, adding categorically that the government was not in favour of continuing with any sort of litigation with the company.

Local legislator Maheshwar Singh, who has been opposing the project since it was conceived, said it went against the traditional culture of the area.

After a legal battle lasting over two years, the high court last June not only set aside the BJP government’s order scrapping the project but also pointed out serious procedural flaws on its part.

Official sources said the delay in commissioning the project is causing an annual loss of Rs.30-50 crore ($5-9 million) to the state as royalty.

Ajay Dabra, one of the promoters of the Himalayan Ski Village, said the company has not received any communication so far from the government to revive the project.

“Initially, the project was proposed with an outlay of Rs.1,581 crore. Now with the delay of more than six years in its execution, the cost will over-run several times. We have to re-look into it. So far we have invested Rs.70 crore,” he told.