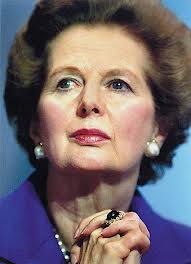 “With her passing away, the world has lost a great leader, a woman who lived an exemplary life to prove that there is no glass ceiling a woman with determination cannot break and thus acting as a great inspiration for humankind,” stated Sikyong Dr. Sangay  in a condolence letter sent to her son, Sir Mark Thatcher.

[box size=”large” style=”rounded” border=”full”]Remembering her outright stand on Tibet in later years of her life, the letter quoted the following passage from her book, Statecraft : Strategies for a Changing World, “The Chinese claim to Tibet is dubious on historical grounds. In the late seventeenth and eighteenth centuries Tibet became a Chinese protectorate. However, in the nineteenth century Beijing’s control weakened until it was virtually symbolic. Between the overthrow of the Empire in 1912 and the Chinese communist invasion of 1950-51, Tibet functioned as an independent state.”[/box]