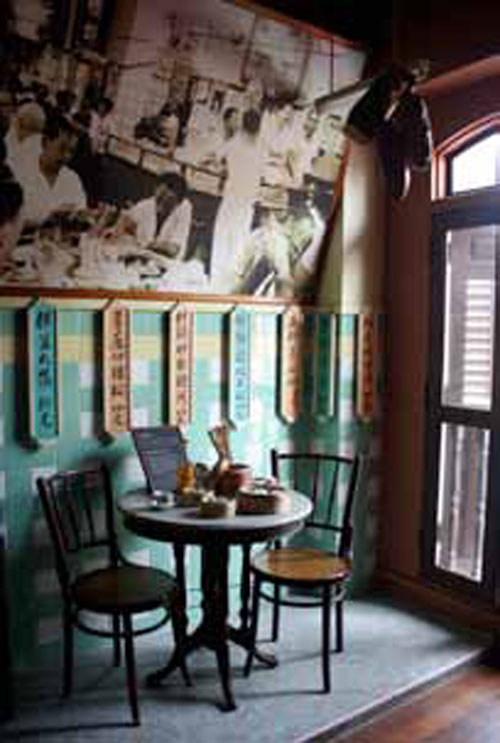 Kolkata: Discussions and debates in quaint Chinese tea houses over simmering cups of green tea in the snaking lanes of Kolkata’s Chinatown may soon be a reality. A project aimed at preserving the heritage of the Indian Chinese community in the city and to create an eco-friendly and economically viable arts-heritage-food hub will provide a much-needed facelift to Chinatown.

Titled ‘The Cha Project’ or tea project, the venture will help preserve Old Chinatown (Tiretti Bazaar) and will focus on developing the New Chinatown (Tangra) that houses Kolkata’s 4,000 strong Chinese community, the largest in the country. 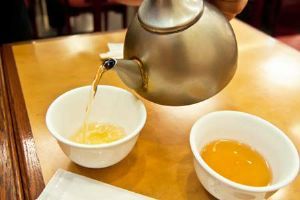 “It will be an urban regeneration initiative as well as a tourism opportunity. It will not only attract tourists but people from the city itself. Basically, it will recreate the old Chinatown days,” G.M. Kapur, state convenor of Indian National Trust for Art and Cultural Heritage (INTACH), told.

The Chinese have been coming to India from the time of scholars Fa Hien (4th century) and Huen Tsang (7th century) – some might even have settled in India, making it their home. But it was not until the 1700s that the Chinese began settling in discernible numbers. Written documents from 1778 mention the first Chinese settler in India – a man named Atchew.

Atchew set up a sugar mill in Achipur with 110 Chinese men. The British not only encouraged Atchew to settle in the suburbs of what was then Calcutta, but also gave him and his group all kinds of protection.

The first Chinese to start settling in the city were runaway sailors and the indentured servants mentioned in a letter from Atchew to Governor General Warren Hastings. The city, being a major port, played host to many Chinese sailors on their way to, or returning from, foreign lands.

They would stop in the city and wait for the ships to carry them to their destination. Journeys by sea were slow and the ships infrequent, so many months had to be spent ashore. While they waited for their ships, they looked for work in the city. Some of them might have eventually stopped their seafaring ways and settled in the city.

As part of the initiative by INTACH and the sate government, quaint traditional Chinese tea houses will be built across Chinatown to boost the culture of the community.

“There are plans of building tea houses which will serve as cultural centres,” Paul Chung, president of the Indian Chinese Association, told.

Art and crafts trademarks of the Chinese like carpentry, leather tanneries, shoemaking, hairstyling and the like will be revitalised to provide business opportunities.

The most striking features of the proposal are heritage centres and a museum that will showcase the history of the Indian Chinese through series of architectural reconstructions, dioramas and layered photographic backdrops, all enhanced by audiovisuals using photographs from different periods.

“We do not have a place to display our history….our people are keen to have a museum in Old Chinatown,” Chung said.

Displays of personal everyday objects and old documents and records, contributed by members of the community, will serve as artefacts in themselves.

The landmark Toong-on temple on Blackburn lane in old Chinatown, built in the 1920s, that had the very popular Nanking restaurant (shut down for more than a decade) as one of its tenants, might also be converted to a heritage centre.

“We are awaiting the go-ahead of the state government. The concept has been designed and proposal has been submitted,” Kapur said.

In 1910, the Chinese community was pushed to the fringes of the city, where they established leather gardens for the tanning industry. This place would later become known as Tangra, (also known as Dhapa or New Chinatown).

Periods of disorder in China – the First Opium War in (1840) and the revolution (1911) – saw waves of Chinese migrating to India. By the 1930s, the number of women and children in the community increased considerably. Chinese men were now bringing their families with them.There was also a burgeoning Indian tea industry that needed trained workers, which led to a further increase in Chinese immigrants. Soon the Chinese, though essentially an insular community, became part of the city’s, and to a lesser extent Bombay’s (now Mumbai), melting pot.

Hakka tanners and shoemakers, Hupeh dentists, Cantonese carpenters and restaurateurs, all left their lasting stamp on both cities.

In 1939 the Japanese air raids on the Calcutta docks caused considerable damage and loss of life. World War II in Asia saw an interruption in the flow of Chinese migrants to the city.

During the Calcutta riots of 1946, the Chinese played a conciliatory role, keeping violence under check in old Chinatown.

The Sino-Indian war in 1962 changed the equation forever. This period saw the Chinese diaspora being arrested, restrictions placed on free movement, the Indian citizenship of those who had acquired it being revoked and other clamps on civil liberties.

For the city’s Chinese, life in every way – social, cultural, religious and most important, economic – was disrupted. There was even a stop to traditional ways of celebrating festivals – dragon and lion dances disappeared from the streets for many years – and marriages were low key.

However, with time, things have improved. “We are no longer viewed with suspicion. Many of us have become Indian citizens and vote regularly in elections”, Chung said.