Shimla: Generational shift in confirming Sukhvinder Singh Sukhu as the Pradesh Congress President has left many middle rung party leaders with heart burns as a realignment of factions is on the cards. 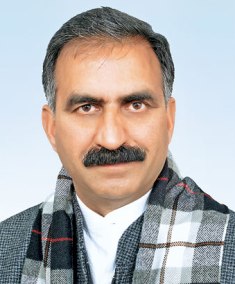 On being elected as chief minister Virbhadra Singh at 78 quit as the last congress president and the high command by-passing many other aspirants handed over reigns to Sukku in January by appointing him as a working president.

Thakur not only happens to be the son of former chief minister Prem Kumar Dhumal but is also president of Bhartiya Yuva Morcha, a position that he holds for a second term as BJP president Rajnath Singh made no changes in the top position in the recently carried out re-organisation of party positions.

Sukku’s appointment as Himachal Congress president and that of Pratap Singh Bajwa in Punjab is a clear signal of the generation shift in the leadership that congress is attempting to present before the people, says party insiders.

Sources also reveal that with the state unit of the party planning to evaluate performances of ministers that would be reported to the high command, has left a lot of senior ministers fuming at being held accountable by younger party colleagues

Beyond the aging leaders Virbhadra Singh and Vidya Stokes, there were many candidates eyeing the position but reporting to the 48 year old Sukku has snuffed out the ambition.

Having much organizational experience first as NSUI president for 6 years, then youth congress president  for 10 years, Sukku, a former two term MLA, is also one of the few young leaders known to hold his position and has not fallen prey to government positions offered to him earlier.

On one occasion he declined to take up a position of a chairman of a board and on another he refused to be inducted as a chief parliamentary secretary in a Virbhadra cabinet.