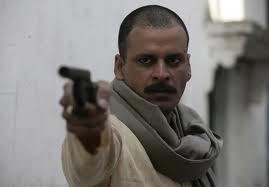 Mumbai:  Bollywood actor Manoj Bajpayee, who is swamped with interviews ahead of his forthcoming film “Shootout At Wadala”, is still trying to grasp the art of promoting a film.

“Tiring day. Don’t know how to manage so many promotional interviews in a day. Still learning the art,” Manoj tweeted Tuesday.

On Wednesday too, he was busy talking to media representatives about his role in the Balaji Motion Pictures’ production venture based on the first registered encounter by Mumbai police, where gangster Manya Surve was shot dead in 1982.

Big B in admiration of ‘The Great Gatsby’ team

Reminiscing his experience of shooting his first Hollywood film “The Great Gatsby”, Bollywood megastar Amitabh Bachchan said he has “admiration” and “respect” for the movie’s cast and crew.

“As I look back to those moments, I can only have admiration and respect for all those that worked in this magnificent production. The amount of concentrated energy that goes in is quite remarkable,” Big B tweeted on his blog.

Amitabh, 70, makes a brief appearance as Meyer Wolfsheim, a man with a dark past, who helps DiCaprio’s character make money when he first comes to New York after the first World War.

Sharing his opinion on his co-actors, he wrote: “These huge stars of the other world, mingling and mixing and assisting one another in an effort that can only reflect well on screen, is a joy to experience.

“The effort in detail, on getting just the right shot, of seeing that each character and situation worked in accordance with a period film of the time, has been remarkable.”

The movie will open the Cannes International Film Festival next month.

“A woman I really admire? Sunita Williams. My dream as a small boy was always to explore space. Still is,” tweeted Kapur.

Indian American Sunita Williams holds the record for the longest spacewalk by a woman astronaut.

Bollywood actor Ranbir Kapoor recently played a prank on co-star Kalki Koechlin on the set of “Yeh Jawaani Hai Deewani”, but it went wrong — to the extent that the crew had to halt the shoot.

They were shooting a wedding scene and Ranbir had to play a mischievous boy.

“Ranbir was supposed to apply small amount of turmeric paste on Kalki’s face. But instead, he put it all over her face,” a source said in a statement.

“The actress took the whole episode very sportingly, but later Kalki’s sensitive skin started developing rashes and they had to cancel shooting for the next two days. Kalki just couldn’t shoot as the rashes were quite visible,” the source added.

Directed by Ayan Mukerji, the film is slated to release May 31.