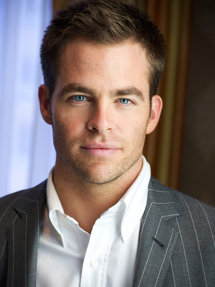 Los Angeles: Actor Chris Pine reveals he wasn’t too excited with the offer to feature in 2009 film “Star Trek”, initially. He says the sci-fi reboot was “the furthest thing” from the dramatic parts he had dreamt of essaying.

The Hollywood hunk was initially uninterested in joining J.J. Abrams’ cast because he felt desperate to sink his teeth into a challenging script, reports dailystar.co.uk.

“I wasn’t a fan of ‘Star Trek’. It didn’t excite me. All I wanted at that time was a part that I really connected to and when my agent said ‘Star Trek’, I said, ‘No! Have you not been hearing anything I’ve said? ‘Star Trek’ is the furthest thing from what I want to do’,” Pine told Esquire magazine.

Pine eventually agreed to audition for the role of the legendary Captain Kirk, made famous by William Shatner in the original franchise. He admits he was anxious about playing the much-loved character.

“‘Star Trek’ scared me a lot. It terrified me, really. Because of the scale, the responsibility, the fact that it was this iconic character. It was the bigger challenge. So I had to take it,” he added.