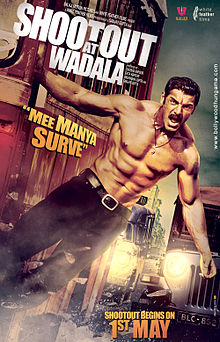 The music albums of the three films are expected to hit the stands soon.

“The Sony Music team is very proactive, passionate and forward thinking, and have worked on some of the biggest Bollywood hits in recent times. We are glad to be associating with them on three important films,” Tanuj Garg, CEO, Balaji Motion Pictures, said in a statement.

The companies had earlier collaborated on “Shor In The City”.

“We have worked with Balaji in the past and they have always given us hits. This is our first big association with them on three prestigious projects. We are thrilled to be working with the team again and are investing all our efforts to ensure that the music reaches out to music enthusiasts,” said Sanujeet Bhujabal, marketing director, Sony Music India.

Co-produced by Ekta Kapoor and Vishal Bhardwaj, “Ek Thi Daayan” is a supernatural thriller, and the lyrics for its songs are penned by Gulzar. Staring Emraan Hashmi, Konkona Sen Sharma, Huma Qureshi and Kalki Koechlin, the movie is slated for release April 18.

“Shootout At Wadala” boasts of six tracks and four remixes. The movie has an ensemble cast of John Abraham, Anil Kapoor, Tusshar Kapoor, Ronit Roy and Mahesh Manjarekar. Directed by Sanjay Gupta, it is slated to release May 1.

“Kuku Mathur Ki Jhand Ho Gayi” is slice-of-life Delhi-based comedy and is co-produced by Balaji Motion Pictures and Bejoy Nambiar. It will hit the screens in September.