Shimla: Patients with kidney problems needing a transplant would not have to seek expensive treatment elsewhere as the state specialty hospital, IGMC Shimla has drawn up plans of offering the complex surgical procedure in the city itself.

For the setting up of the facility the IGMC authorities are said to put up a funding proposal of Rs 3 crore to the state government. The equipments alone are expected to cost about Rs 1.62 crores. 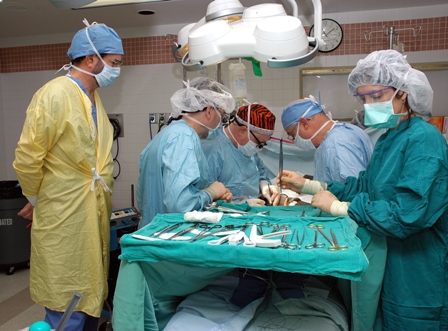 The move to start the kidney transplant unit has been pending from long period and proposal was sent to the government for the consideration.

Ramesh Chand Senior Medical Superintendent IGMC said “the facility would bring the Indira Gandhi Medical College and Hospital at par with PGI Chandigarh as far as treating patients with renal problem is concerned”.

He confirmed that the state government had taken up the issue of setting up of kidney transplant unit in the IGMC.

We have chalked out the modalities and sent the proposal to the health secretary, he added.

We are also looking for space to bring the proposed unit and urology department under a roof, said the medical superintendent.

IGMC in August 2010 had constituted an authorization committee under Transplantation of Human Organs Act 1994 and the state government had approved it.