Shimla: Making Aadhar Card enrollment easier  for school students here, Himachal Pradesh government has ordered all government schools in the state to take up the responsibility of getting Aadhar Cards made for all students.

The state government has ordered schools to ensure that each student’s Aadhar Card is made in the school within next three months. 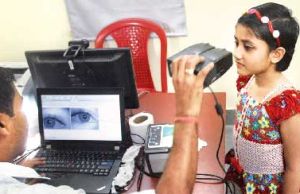 The schools have been given a window of only three months in which they will be accountable for making Aadhar cards of all students enrolled in the school, who haven’t made their cards yet.

Aadhar Cards will be made during the school timings only, this will ensure that students don’t have to stay back late in school.

This step from the government is really significant following Himachal Pradesh Educational Department’s announcement wherein it has made Aadhar Cards compulsory for the students to take admission in schools and colleges in the state.

Education Department has implemented the new system from the current session in all government and private educational systems. For this, schools and colleges will have to make a separate column in their registration forms for Aadhar Card numbers.

Aadhar Card number filled in the registration forms will ensure that the student enrolled can avail all the benefits of various ongoing government scholarship programs.

Scholarship will now be transferred through Aadhar-based direct cash transfer scheme (DCT) in the state, which means the amount will be transferred directly into the Aadhar-linked bank account of the beneficiary students and will in no way paid in cash or by cheque to the student or his parents.

Government has also advised teachers and principals of the schools to help uneducated parents with all the formalities of the Aadhar Card and the registration forms of their wards.