New Delhi: The Supreme Court Thursday said that it would take a very serious view of another incident of police violence against a woman, and the person involved would have to bear the wrath of the court.

Referring to the rising frequency of incidents of brutality against women, and even children, the court said the framers of the constitution did not visualize such incidents or provide for provisions to deal with them. 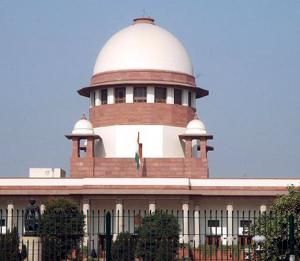 The court said that it would go beyond its norms in dealing with police personnel involved in such incidents.

Pointing to the police personnel involved in the beating of women in Delhi, Punjab, Bihar and Uttar Pradesh, the court said if Mahatma Gandhi were to be born today, he would have died many times.

Having expressed its anguish over police brutality on the women, the apex court bench headed by Justice G.S. Singhvi directed the chief secretaries of Rajasthan, Haryana, Uttar Pradesh, Andhra Pradesh, Maharashtra and Goa to file affidavits whether they have set up state security commissions (SSCs) in pursuance to its 2006 direction for police reforms.

The court said the affidavits would accompany the details of the number of meetings that the SSC has held since its constitution and the minutes of these meetings.

The court said it would also consider, at the next hearing, the question of chief justices of high courts monitoring the functioning of the SSCs. It said it was not possible for it to monitor the working of SSCs.

The court directed that all the states which have enacted laws providing for police reforms after its 2006 direction will provide a copy of the same to the amicus curiae Harish Salve, who had said that that he wanted to challenge the validity of these laws under Article 32 of the Constitution.

The court also directed the Delhi Police commissioner to file an affidavit explaining the incident involving a police officer beating a woman protesting the rape of a child.