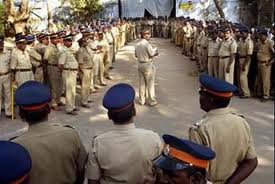 New Delhi: The Supreme Court yesterday frowned over the lack of response from some state governments to its notice seeking information on implementation of police reforms ordered in 2006.

Describing as “unacceptable” and “totally unjustified” the conduct of some state governments, the apex court bench of Justice G.S. Singhvi and Justice Kurien Joseph said: “It is difficult to accept if the governments think that they can play with the court’s orders.”

The apex court March 11 issued notice to the union home secretary, chief secretaries, home secretaries and directors general of police of all states and administrators and police commissioners of union territories, asking them about steps taken for police functioning reform.

The court’s observations came after Amicus Curiae Harish Salve and Attorney General G.E. Vahanvati told the court that they had together received 11 responses.

The judges said that “normally we are of the views that officers should not be summoned to the court”.

The court gave them time till Tuesday to file their responses.

The judges’ were hearing a matter based on its taking suo motu cognizance of the incidents of policemen beating a Dalit woman in Tarn Taran in Punjab and agitating women teachers in Patna.

The court appeared unhappy with Bihar Police attempt to deny use of force against the agitating teachers as Salve told the court that “in Patna right from the beginning police force was used but they don’t admit it”.

Justice Singhvi said that one can understand force being used to disperse an illegal assembly or a violent mob but beating people sitting inside tent can’t be accepted.

Directing the listing of the matter Thursday, the court took a dim view of the response filed by Punjab Police, who had sought to underplay the Taran Taran incident.