Shammi Kapoor’s typical moves from “Aaja aaja” from the 1966 movie “Teesri Manzil” and “Baar baar dekho” from the 1962 release “China Town” seem to have inspired Ranbir’s overall steps and expressions in the peppy “Badtameez dil” number. 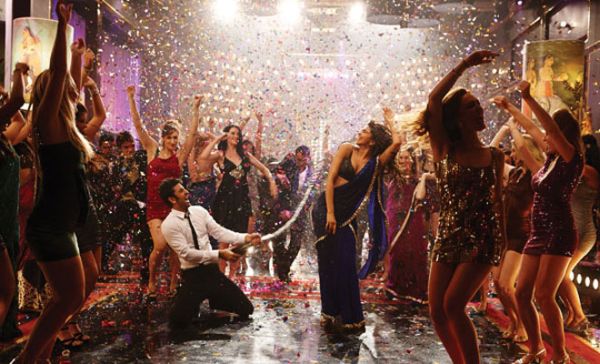 Director Ayan Mukherji says the song wasn’t a planned “ode” to Shammi Kapoor, who died in 2011 following ill health. However, the outcome is coincidentally reminiscent of the late star’s distinct style.

“I don’t know if we can call it an ode to Shammiji. It wasn’t a planned move. But now, when we look at some of the moves and Ranbir’s mad energy, the similarities can’t be ignored. I think people see the connection because Shammiji also possessed unparalleled energy when it came to dance,” Mukherji said in a statement.

Shot over five days, the song has been choreographed by Remo D’Souza.

Mukherji, who had directed Ranbir in “Wake Up Sid” earlier, always wanted to shoot a dance number.

“I didn’t have any song-and-dance number in ‘Wake Up Sid’ (2009), but I always wanted to explore shooting one. So I am really happy with the response,” he added.

“Yeh Jawaani Hai Deewani” is already creating a buzz with its energy-packed and fun-loving trailer, featuring Aditya Roy Kapoor, Kalki Koechlin and Deepika Padukone. It will release May 31.