Chandigarh: Slated to be released Friday, Punjabi film “Sadda Haq” became a non-starter in cinema halls across Punjab, Haryana and Chandigarh after authorities in both states and the union territory imposed a ban on its screening.

Producer-actor Kuljinder Singh described the decision to ban the film as “shameful”. 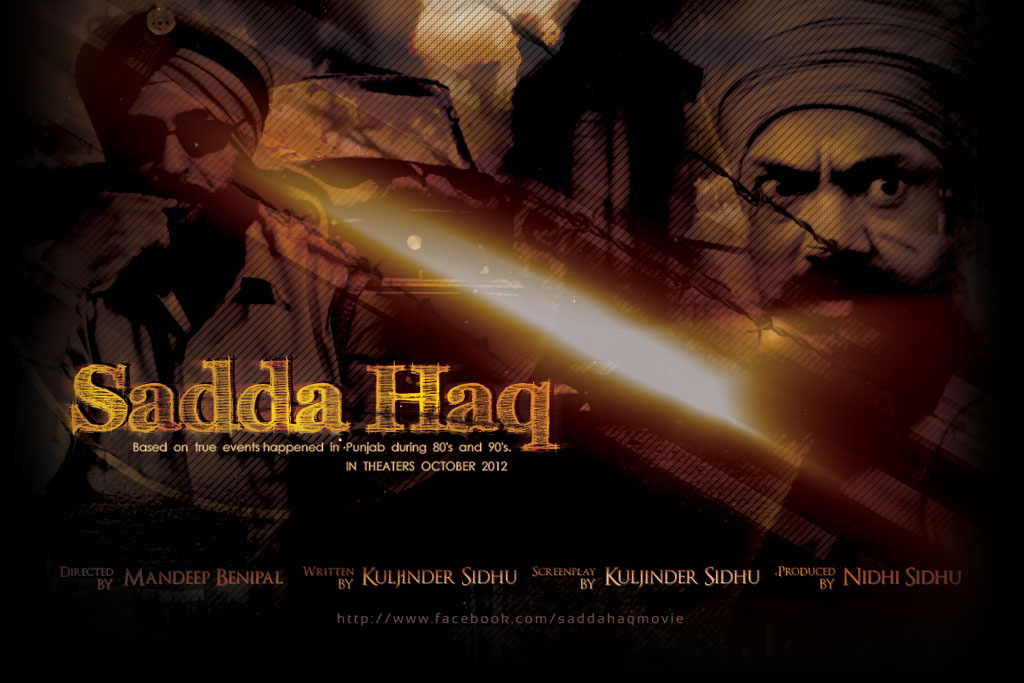 The film is about the days of terrorism in Punjab. The state had witnessed a bloody phase of terrorism from 1981 to 1992.

“The Punjab government has imposed ban on the screening of movie ‘Saada Haq’ till further orders. This step has been taken to maintain communal harmony in the state,” an official spokesman said Friday.

The ban was imposed in neighbouring Haryana and Chandigarh too.

The film had already got clearance from the censor board and even a panel of the Shiromani Gurdwara Parbandhak Committee (SGPC) had also cleared the film for screening in Punjab earlier.

“This is a blot on democracy. The censor board had already cleared the film,” the film-maker said.

The release of the film was opposed by some right-wing groups.

Radical Sikh group Dal Khalsa condemned the Punjab government for banning the film on “frivolous charges” and sought a re-think on it.

Dal Khalsa president H.S. Dhami said that the Akali Dal-led Punjab government had bowed to the pressure from the bureaucracy.

“The government has attempted to suppress the right to expression by banning the film in the state,” he said in a statement.

He said it was ironic that the SGPC, which was at forefront in the fight to get the clearance certificate from the censor board, had failed to convince its own Akali government.