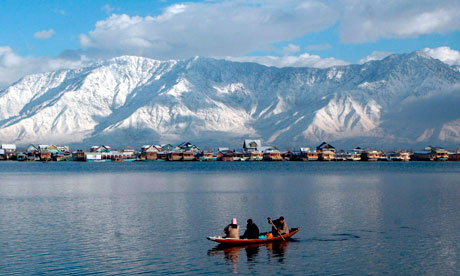 “A friend called to complain that flights to Srinagar and hotels in Srinagar were too expensive. While I sympathised with him, I’m thrilled,” Omar tweeted.

Referring to the law and order problem in the state after Guru’s hanging and burial in Delhi’s Tihar Jail, Omar said: “After everything we’ve been through since 9th of Feb, if tourists are returning to valley I have every reason to be thrilled.”

The chief minister, however, said that while the boom in tourism is likely to boost the earnings of those connected with the hospitality industry, the state government would earn very little from it.

“The government earns next to nothing from tourism but the trickle down from the sector is enormous. So please keep coming,” he tweeted.

As many as 32 flights operate daily from Srinagar airport. But given the rush of the tourists, airlines have decided to start evening flights to the valley in near future.

Kashmir Valley witnessed a boom in tourism in the last two years. While around a million tourists visited the valley in 2011, their numbers rose to 1.3 million last year.