Shimla: In an eventful decision to make student life slightly less competitive and tension free, college students in Himachal Pradesh will now be awarded grades instead of marks. Grades from A to F have been proposed to be given to the students.

The grading system will be implemented in the state under the Rashtriya Uchchatar Shiksha Abhiyan (RUSA). 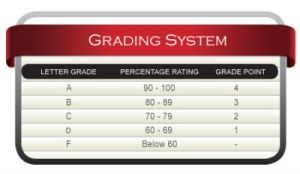 Under the new system, students attaining A to D grades would be considered clear in the subject, while those awarded E and F grades will have to reappear for the exam.

Suresh Kumar, dean of studies at Himachal Pradesh University said, “The administration is making all efforts under RUSA to implement the grading system in the first year from this academic session.”

Colleges of the state from this academic session onwards will introduce semester system in the first year. The students, who fail to clear a few subjects in the first semester, will be allowed to continue in the second semester.

Currently, colleges in Himachal do not have a semester system and the exams are conducted annually.

However, under the grade system, from this session onwards, first year students will study in semester system and will therefore have exams twice in a year.