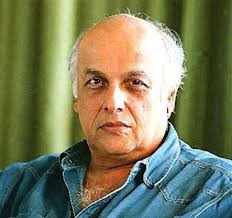 “What separates India from Pakistan or Bangladesh is that we have had free space – We have been allowed to make the kind of movies fearlessly.

“Yes we have had our share of problems but we have fixed with it and we have always tried to broaden..not gone out of the prison..atleast made the prison cell a little broader. The bars are still there but there is more space between the two rods,” Bhatt said at an interaction

organised by the Indian Chamber of Commerce here.

Speaking on the challenges and way ahead for Indian cinema, Bhatt feels the industry needs to shift gears from “medieval” line of thought and respond to social variables.

“The new cinetamographic act is being discussed as we speak. There is also some kind of sensitising we need to do in the industry. The film industry also needs to go away from its old medieval mindset and respond to the change that’s taken place in the country.

“There is a new kid of energy which is demanding that you are more responsible to the social change that is taking place so I think it’s a very very exciting phase,” Bhatt said.

Bhatt also laid emphasis on the need to raise voices to protect the right of free speech and expression at a national level.

Slated for a May 10 release “Aashiqui 2”, Bhatt’s next venture as a producer, will revisit his 1991 directed hit “Aashiqui”.