Manali: Increasing sale and purchase of land in Kullu valley, in general and around Manali in particular, each year, has rung alarm bells for one and all as traditional valley societies get caught up in the cycle.

Reliable sources revealed that approximately 350 land sale deeds were done in 2005 and in 2006 it crossed the 400 sale deed mark. Despite land prices having begun to command high premium, the number of land deals taking place is only increasing, with many of said to be held in benami accounts, to evade detection by law agencies. 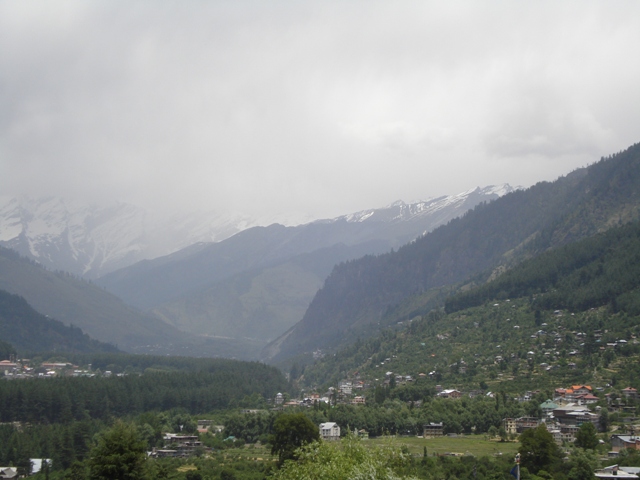 To live a high end life, even for a temporary phase, locals are selling their immovable property like land for attaining a false status symbol, says Khub Ram a old time resident of the valley.

The fix assets generational wealth of valley villagers is fast changing into mobile wealth like luxurious vehicles and other things of comforts. Perhaps the present day trend of consumerism and comforts has driven the villagers of Kullu Manali valley to sell their land holdings in order to make a quick and easy buck.

Sources disclosed that at Prini village, which counts former Prime Minister Atal Bihari Vajpayee as one of its residents and where the Allian Dugahan Power Project is located, more than 70 cars, some of them luxury SUVs have been got registered resident villagers recently whereas the total families of the village are about 525 only.

At Jagatsukh village, where another phase of the hydropower project is located, about 80 cars were recently bought. The village has 533 families.

At Shru village, which is close to Prini, towering concrete structures have come up in recent years. The place is becoming cluttered and surprisingly, the country and town planning agency has no sway over what kind of constructions come up despite the village being in the vicinity of Manali.

Vikram, a travel agent and resident of Manali opines that the valley villagers are unaware of the fact that the disparity in wealth not only persists between the generations, it mushrooms.

Without a cushion of inherited wealth, emergencies hit hard, and people who have no nest egg have to let opportunities pass by because of a wealth deficit, says Vikram.

Requesting anonymity a villager from the higher regions of the valley person confided in Hill Post that he had sold his 5 bighas of agriculture for Rs 25 lakh.

Having spent Rs 7 lakhs to buy a SUV (Mahindra Scorpio) the villager commented, “future generations would find their own ways, after all our generation also deserves some comfort and luxury in our lives.”