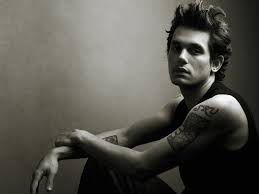 The 35-year-old says he won’t even talk about his recent split from Katy Perry, whom he dated for eight months, reports contactmusic.com.

While on a recent show, he was asked about the end of their romance.

“I can understand asking the question based on some previous answers I have given, but I have finally learned how to put the wall between one thing and the other,” he added.

Despite his fame, Mayer admitted he struggles with romance and says finding love is tricky.

“I am on the same journey as everyone else. Coupling is a tricky thing,” he said.