Shimla: Rejecting the representations of Reliance Infrastructure and Adani Power backed Brakel Corporation, the Himachal Pradesh cabinet on today decided to invite fresh bids for the large 960 MW Jangi Powari hydropower project to be set up on Satluj River.

Earlier in September 2006 the project was allocated to Brakel Corp as two separate entities of 480 MW each as Jangi-Thopan and Thopan-Powari projects through a competitive global bidding process. 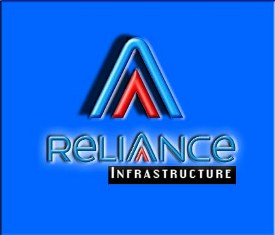 After winning the bid by offering to pay the highest royalty of Rs 36 lakhs per MW of generation capacity, Brakel had got approvals for merging the two projects into one, which was challenged by Reliance Infrastructure in court, who had lost out in the initial bidding round.

After having deposited Rs 280 Cr as upfront money for allotment of the project, the Himachal Pradesh High Court had rejected the allotment procedure on 7th October 2009 by terming it ‘arbitrary, illegal and irrational’.

Brakel has challenged the High Court order in the Supreme Court and the matter is pending adjudication with apex court, even though the state government has not been restrained on taking any action for inviting fresh bids for the project allotment.

Talking to Hill Post SKBS Negi, principal secretary power, said that Reliance Infrastructure had made a representation about having an out of settlement over them being allotted the large project on matching bidding amount what Brakel had paid.

However the cabinet here today rejected both the representations and decided to invite fresh bids for allotment of the mega hydropower project. “The bidding and fresh allotment would be subject to the outcome of the courts order,” said Negi.