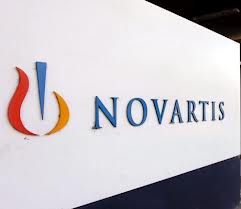 New Delhi: The Supreme Court’s rejection of Swiss drug maker Novartis’ patent on a cancer drug was Monday hailed by health experts, who felt that it will help patients continue to get cheap generic drugs not only in India but also abroad.

“This is a huge relief for the millions of patients and doctors in developing countries who depend on affordable medicines from India, and for treatment providers like us,” said Unni Karunakara, president of Medicine Sans Frontiers.

“The Supreme Court’s decision now makes patents on the medicines that we desperately need less likely. This marks the strongest possible signal to Novartis and other multinational pharmaceutical companies that they should stop seeking to attack the Indian patent law,” she said.

Indian generic medicines are exported to other developing countries also.

Novartis first took the Indian government to court in 2006 over its 2005 Patents Act because it wanted a more extensive granting of patent protection for its products than offered by Indian law.

Y.K. Sapru, of the Mumbai-based Cancer Patients Aid Association told: “This is a landmark judgement. This will have a long time effect, as the generic version makes it affordable to poor people. Now the prices of life-saving drugs will be reduced from Rs.160,000 per month to just Rs.6,000 per month”.

P.K. Julka, a professor of oncology at AIIMS, said: “The ruling is good for the poor patients. It will ensure continued access to cheap drugs.”

Harsh Dua, senior consultant oncologist at the Indraprastha Apollo hospitals said: “Many patients are on generic drugs now. The medicines are already available.”

“Via this judgement, the apex court has ensured that the drugs will continue to be available,” he said.

Anand Grover, the lawyer representing Indian companies said: “We are very happy that the SC has rejected attempts by Novartis to water down our patent laws. They wanted patents to be granted on innovations which were really not innovations.”

Indian Pharma Association’s secretary general D.G Shah said: “Indian patent regime was notified in 2005, so it is not that the big companies do not know about it. They should value the market in India”.