New Delhi: College student Shayna John was not happy with her nose. And to give it the perfect shape, she recently underwent nose correction surgery – all this for her profile picture on Facebook. 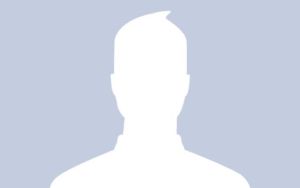 Cosmetic surgeons said an increasing number of people, especially school and college students, across India are going under the knife to get that perfect face for their Facebook account. The trend is growing as social media, along with online dating, has today become the common trend. The way one looks online is considered to be the first impression of one’s overall image and personality.

According to Anup Dhir, chief cosmetic surgeon, Indraprastha Apollo Hospital, good looks are desired by all humans and cosmetic surgery is an effective tool to fulfill this desire.

“People want to look attractive on social sites. This trend is gaining popularity. Many girls and boys are coming forward for Facebook Facelift – a word coined in west – to acquire aesthetically pleasing looks,” Dhir told.

Women also go for chemical peeling, botox and body contouring to get those attractive looks, the doctor added.

“An interesting trend I have noticed is that men are more conscious about their looks. I get 30 to 40 queries in a month and 50 percent of them opt for procedures,” he said.

The treatment varies as per the recipient’s age, genetics and lifestyle, Dhir said.

“The people coming for such treatment are in the age group of 20-40 years and the majority of them are in their late 20s or early 30s. This treatment helps in having more attractive and striking look from a social media perspective,” Dhir said.

Annie Singh, a first year Delhi University student, said she went under the knife to get the perfect mugshot for her profile photo.

“I hated my nose. So I decided to undergo rhinoplasty. I also went for chemical peeling to remove pigmentation and get a glowing spotless skin. I have got so many compliments from my friends on Facebook and it feels good,” Annie Singh told.

John, a final year English student, said looking good on Facebook is the new ‘in’ thing.

“It is not just a platform to meet new friends or keep a tab on existing ones it but can also be used for professional work,” she said.

“Through Facebook one can get so many opportunities like modeling, acting or even marriage proposals. So, if I put up my best picture with a perfect face, it will do no harm. I am very happy after getting rhinoplasty,” the 23-year-old said.

“A lot of people come for nose correction as the nose is the most prominent part of the face. Many youngsters also opt for face countouring to get a chiseled face and look good for socialising,” Ajaya Kashyap, senior cosmetic surgeon at Nova Specialty Surgery, told.

Kashyap said there are some non-surgical treatments also available for getting that aesthetic look.

Anuradha chopra, a receptionist in a private company, decided to undergo laser treatment for permanent hair removal on her upper lip and plastic surgery to reshape her chin.

“I didn’t like the way I looked in online photos. Before the advent of Facebook and similar websites, I hadn’t noticed my weak chin. After spending so much time on social media pages, I decided to have a surgeon reshape my chin,” Chopra told.

“I feel happy when I see my photographs now. The complements are just flowing. It makes me feel good,” Chopra added.