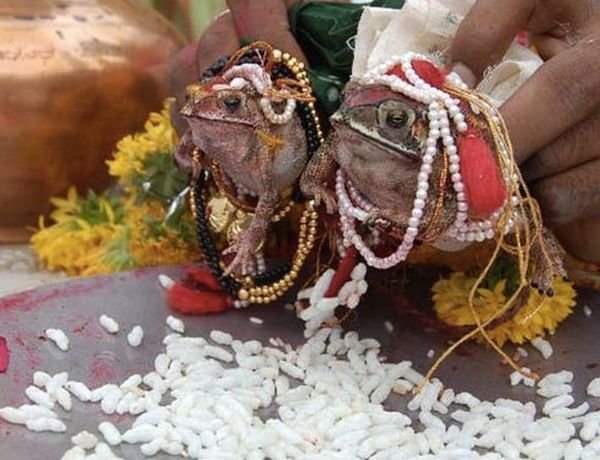 India, the land of Vedas and religions, rich in spirituality and philosophy, has also got some of the strangest traditions, superstitions (as you may call it), and rituals.

In many Indian villages, people arrange the wedding of frogs, hoping it would put an end to the drought and please the rain gods.

Like all other complicated Indian marriages the matrimony of the amphibian couple is no less than an elaborate affair. Hundreds of people partake in the ceremony. Kids, teenagers, adults and the old guns – everyone enjoys the marriage function of well decorated, slippery frogs covered by flowers and turmeric. For most people, it’s amusing and for believers, it’s a working recipe to drive rain clouds from far off regions to their area.

One such marriage took place in a village near Nashik in the Indian state of Maharashtra in the year 2012. The ceremony began with the sacred hymns. As many as 5 priests were incessantly chanted holy scriptures for a long time and finally pronounced two cute frogs as husband and wife! Frogs even got to kiss each other!

Monsoons did hit the region a couple of days later but like the outcome of any ritual with little or no scientific basis, it’s completely debatable and to some, laughable.

At the moment, the state of Maharashtra is once again under the spell of drought and it’s highly likely that yet another frog matrimony function is on the way. 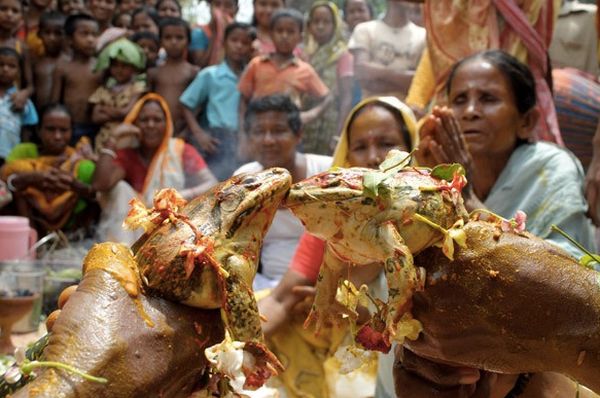 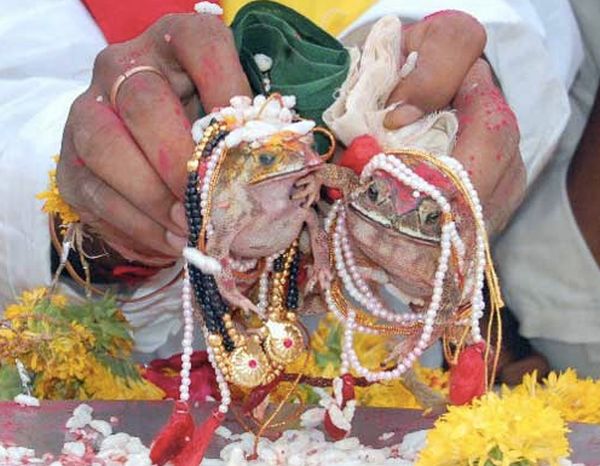 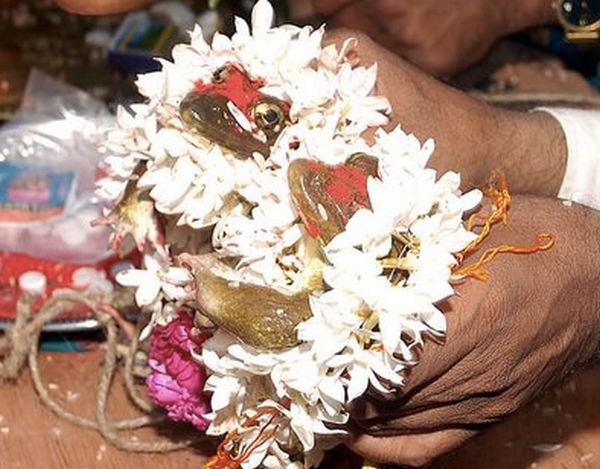 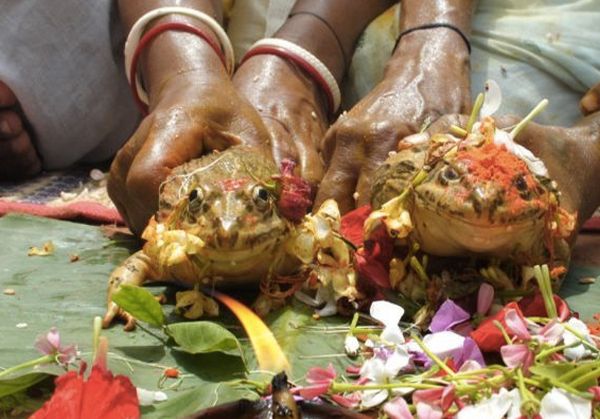 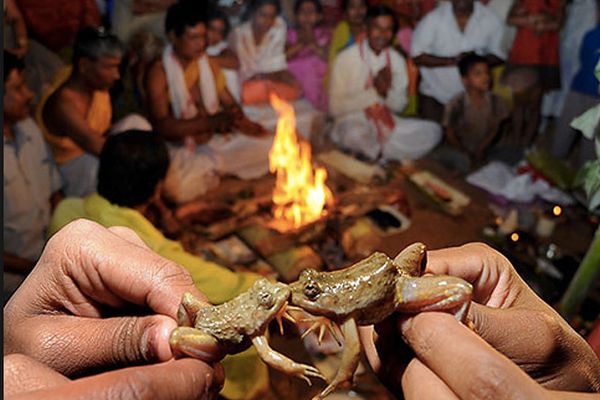 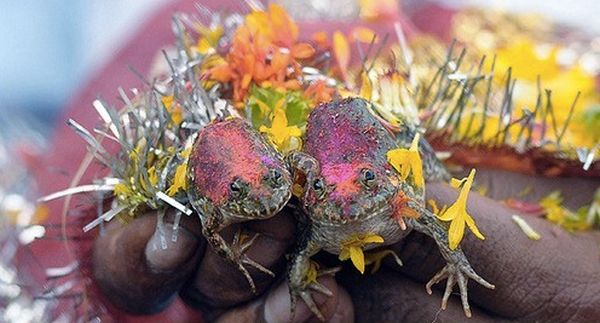