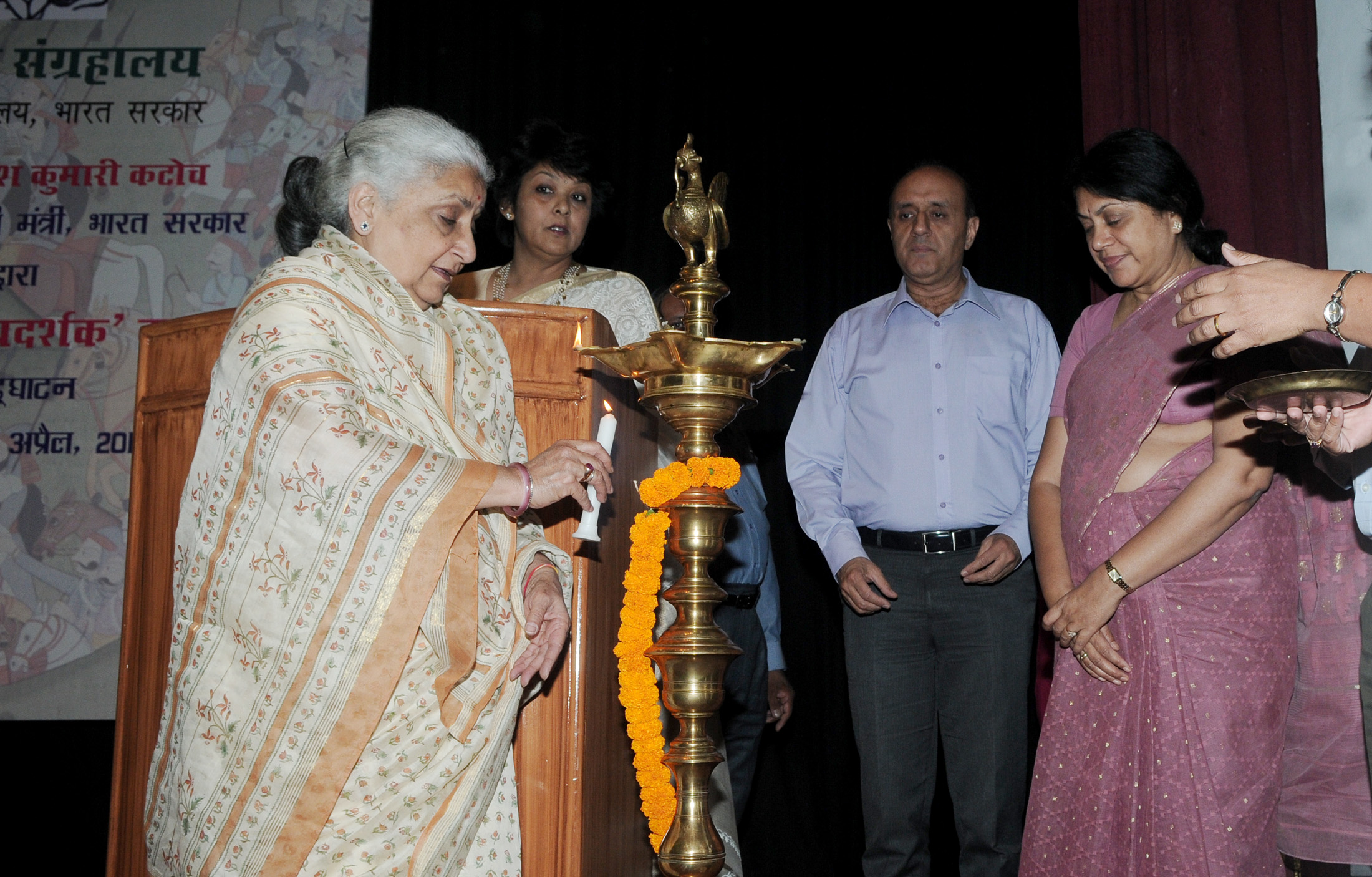 New Delhi, April 22 (IANS) Offering an informed glimpse into India’s rich heritage, spanning the pre-historical to modern era, the National Museum would be starting free guided tours of from Tuesday, it was announced here.

Available in both English and Hindi, the over 90 minute, 30 halt, ‘Path Pradarshak’ was inaugurated by Culture Minister Chandresh Kumari Katoch here Monday.

“We have been doing a training module. It includes dry runs with a pool of 30 volunteers since late January. They have been gaining grip over subjects, improving communications skills over the past three months,” said the museum’s director general Venu Vasudevan.

According to Vasudevan, many of the volunteers are bilingual and another batch of volunteers are all set to be trained started next week as the museum is anticipating high footfalls during the summer vacations.

“We are to later draft a smaller package with simpler script for schoolchildren catch them young is our motto as well,” he said.

The museum website nationalmuseumindia.gov.in will publish the details of the programme.

Indira Vats, the museum’s assistant curator-education, said some of the 30 masterpieces being highlighted during the tour include the Dancing Girl (Mohenjodaro, 2700-2000 BC), standing Buddha (Gandhara, 2nd century AD) and Vishnu (Gupta period, 5th Century BC.