Shimla: Not having collected ‘Chullah Tax’, a tax levied by Panchayats on households for meeting local development needs, for many years, rural folks are suddenly saddled with having to cough up the levy for the past decade or more at one go.

Those intending to avoid paying the tax are in a bind for the authorities have clubbed registration fee for making ration (subsidized food) cards with collection of Chullah Tax arrears. The poor who depend upon essential food items upon ration card distributions have been hit hard by the sudden demand raised by panchayat bodies. 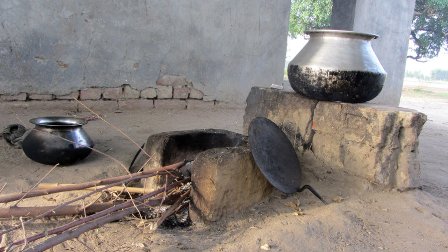 The Chullah Tax (meaning hearth tax) is an old taxation system where Rs 25 was levied on each household per year. The local tax was part of income of the panchayat, which used was used for carrying out repair and maintenance as well as development of new works in the concerned villages.

It was the responsibility of Panchayat representatives to collect this tax, but they have not collected it for many years which are now being added in the registration fees of Ration card, making it difficult for the poor people to pay this increased amount.

The registration fee for making a ration card is Rs 80, but different panchayats are adding different amount of Chullah Tax with it. Where some panchayats are charging Rs150 per household, some others are demanding Rs 300 or more.

When secretary of Theog Tehsil’s Panchayat, Bhupinder Singh Samta was asked about the high registration feed demanded, he said, “We are charging Rs 205 per ration card which also includes Chullah Tax. This tax a revenue source for panchayats but people can annually deposit it voluntarily as we don’t collect it formally anymore.”

Agitated over the different amount of taxes being collected by different panchayats in the same region, Tara Chauhan, a housewife from Theog village said, “Our panchayat body is charging Rs 200 per ration card whereas the neighbouring panchayat is only demanding Rs 100. Why are we being taxed extra for no fault of ours where the elected panchayat bodies have not done their jobs efficiently?

Most uneducated villagers are not aware about the actual fee structure of ration cards and the few who are, do not bother about asking the elected Panchayat members, about the justification for the household tax arrears or were they cheating rural folks in the name of Chullah Tax.