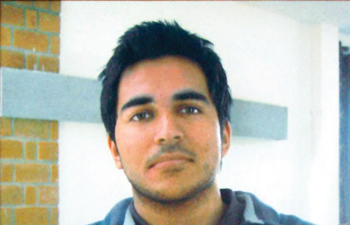 Shimla: The fine imposed on four convicts punished for the 2009 ragging death of Himachal Pradesh medical student Aman Kachroo will be used for anti-ragging campaign in educational institutions, the victim’s father said Sunday.

“The amount will go to the Aman movement so that in future no other student can become a victim to a horrid incident of ragging anywhere in the country,” Aman’s father Rajendar Kachroo said.

Aman died of injuries suffered during ragging by the drunk seniors in the Rajendra Prasad Medical College and Hospital in Tanda in Kangra district March 8, 2009.

Upholding their conviction by a trial court, the Himachal Pradesh High Court April 4 directed the four convicts to cough up an additional fine of Rs.90,000 each.

“Every penny we have been getting for the Aman Satya Kachroo Trust for the past four years goes into supporting campaigns against ragging,” Kachroo told IANS over telephone from Gurgaon, adjoining the national capital.

A Himachal Pradesh High Court bench of Justice R.B. Misra and Justice Surinder Singh rejected the convicts’ appeal seeking relief and enhanced the fine from Rs.10,000 to Rs.100,000 each.

Giving a clear-cut verdict against ragging, the court observed: “A young medical student had died consequent upon violent and repeated slapping by the accused people which is inhuman and is a blatant breach of human rights.”

Expressing sympathy with the victim, who was the only son of the parents, the court said: “His life had gone for a song. Their barbarous act was a dastardly act for a youth who was none else than their college mate.”

The court also ruled that the amount realised from the convicts should be released to the next of kin of deceased as compensation.

“We also feel that the life of deceased cannot be compensated in money but at the same time the accused persons should also realise that they have been sufficiently atoned for their misadventure.”

The bench also dismissed prosecution’s plea of seeking enhanced punishment under Section 302 of the Indian Penal Code (IPC) on charges of murder, not under Sections 304 II that deals with culpable homicide not amounting to murder.

Showing no leniency with the convicts, the judges observed that “the proved circumstances on record clearly establishes that the accused persons being medicos were fully aware and had the knowledge that the repeated blows/slaps on the side of the head could cause death”.

“They are not layman but are having the full and complete knowledge of physical anatomy despite that they gave repeated blows to the deceased on the vital part of the body i.e. the head, proves a case against them for the offences punishable under sections 304 II, 352, 342 read with Section 34 of IPC and not under section 302 of IPC,” said the judgment.

Kachroo is currently monitoring the National Ragging Prevention Programme on behalf of the University Grants Commission.