Delhi: Rape of a ten year old girl inside a parked bus by its driver has ashamed the national capital yet again.  The shameful incident took place in Sultanpuri area of the city on Saturday.

Four months have passed since the dreadful December 16 gang-rape incident in Delhi but nothing seems to have changed for women safety here. Stringent anti-rape laws have failed to make any effect on the ever growing rape horror in the Capital. 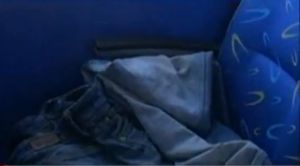 The police was informed about the incident by the parents of the victim who studies in 5th standard. Police after medical confirmation of rape have arrested the 45-year old driver, Rakesh Kaushal.

The driver is a neighbor of the girl and is reported to have enticed the girl into the bus, wherein he raped her.

The driver had threatened the girl with dire consequences if she told of it to anyone. But the incident came to light when the little girl bravely narrated the incident to her parents who then immediately informed the police.

The bus used in the incident, which belongs to a travel agency, has also been taken into custody by the police.  A case has been registered against the driver and further investigations are on.