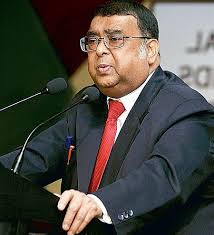 New Delhi: Chief Justice of India Altamas Kabir Sunday urged chief ministers to double or at least increase the number of judicial officers in subordinate judiciary, with matching support staff, to deal with the increase in the number of cases.

“We need to improve the existing infrastructure and double or at least increase the number of judicial officers in subordinate courts,” the chief justice said.

Additional infrastructure did not mean buildings but also the support staff, he said at a joint conference of chief ministers and chief justices of high courts.

Chief Justice Kabir said that with the increase in population and the consequent increase in the number of cases and litigation, more courts were needed.

He faulted the poor investigation for the decrease in the number of convictions. “Today the investigation is not what it should be,” Chief Justice Kabir said.

He urged the conference to deliberate the question of witness protection and appointment of public prosecutors.