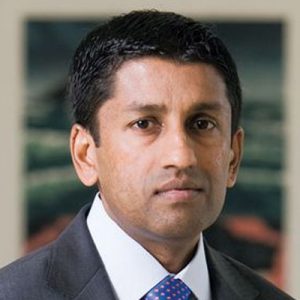 Srinivasan, currently the principal deputy solicitor general of the US, Wednesday headed toward confirmation to the prestigious US Court of Appeals for the American capital “often called the nation’s second-highest court” with little opposition from Republican senators.

As he faced the Senate Judiciary Committee Wednesday, Republican Orrin Hatch indicated that he would vote for him even as he pressed Obama’s nominee on whether he would be able to step away from his current role as an advocate and be impartial as a judge.

He repeatedly said he was “impressed” with Srinivasan and, apparently convinced by the nominee’s answers, eventually indicated that he intends to support him saying “I think you’re going to make a great Circuit Court of Appeals judge,” according to Huffington Post.

Srinivasan outlined a traditionally moderate approach to the law, stressing “open-mindedness and objectivity,” according to USA Today.

“It’s a case-by-case approach,” he said when asked for his judicial philosophy. “There’s no grand unifying theory.”

There is not yet a date scheduled for a vote on Srinivasan, and one likely won’t happen for a couple of weeks at the earliest, the Post said.

Tea Party conservatives such as Senators Ted Cruz, R-Texas, and Mike Lee, appeared impressed as well, according to USA Today.

Cruz, who clerked with Srinivasan at the 4th Circuit Court of Appeals, quipped, “I am hopeful that our friendship will not be seen as a strike against you by some.”

There are currently four vacancies on the 11-member court, which is often considered a stepping stone to the US Supreme Court.

The White House has mounted an all-out effort to win his confirmation, including letters from former solicitors general and top deputies.

“Sri has a first-rate intellect, an open-minded approach to the law, a strong work ethic and an unimpeachable character,” the former law officers wrote last week. They called him “one of the best appellate lawyers in the country.”

If confirmed, Srinivasan, 45, who succeeded another Indian American, Neal Kumar Katyal, in August 2011 in his current job, will be just the third South Asian named to any federal judgeship.

He also holds an MBA from the Stanford Graduate School of Business, which he received along with his JD in 1995.