New Delhi: All-girl bands are not just about pretty faces, say India’s growing tribe of female musicians, who are carving a niche for themselves while battling prejudices and regressive social norms.

From forming bands, to handling all kind of musical equipments, they are proving that music is not just a man’s passion.

“Initially, we were not taken seriously because we were all girl members,” Cheyyrian Bark, lead vocalist of The Vinyl Records Northeast, told. 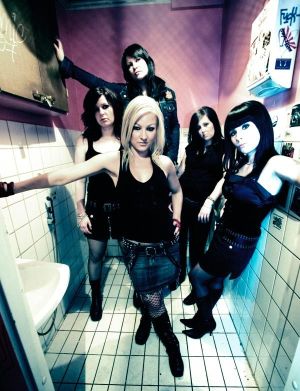 Muisc bands are usually made up of male members, she said.

“It was only after a couple of performances that we got noticed. It was so because we were as serious about playing our music as any other rock band across the country.

“Initially, there were a few sceptics and critics who judged our performances, since they couldn’t believe that we could play all the instruments, normally played by male rock bands,” Bark added.

All-girl bands mostly emerge in colleges and universities, but their big dreams have to bite the dust when they clash with the age old ideologies of the society.

The case in point is Kashmir-based girl-band Pragaash, which was banned from performing.

However, there are others such as Colour Chaos, The Vinyl Records and Tritha, who are keeping alive the hopes of other female musicians with their success.

For instance, Tamil Nadu-based band Colour Chaos have been far more fortunate and is thankful to their community for believing in their talent.

“Initially, there was prejudice when people thought we are just pretty faces, but music won. I am grateful to my community,” Shema, the lead vocalist of the band, told.

Internationally, all-girl bands are a hit. Groups like Spice Girls, The Saturdays and Girls Aloud are a shining example of how female power has won hearts.

The trend has been there for quite some time in India but is yet to catch up in a big way.

In fact, in 2002 Channel V formed Viva, an all girls band. Although the five-member band started with a bang, it soon withered away. According to Neha Bhasin, an ex-member, society has become more narrow minded in the last over a decade.

“We had a lot of success back then. But I think the society has become more regressive now. In our times, we used to wear short dresses and no one objected to them. Now people have started making an issue out of everything,” Bhasin told.

“There are a couple of all-girl around the country that are being well-received and we certainly feel what they (the men) can do, we can do it as well,” she said.

Tritha is a girl band with a difference – it has two female members – Tritha Sinha and Ritika Singh, and a male musician, Paul Schneiter. There is also Space, an all-girl band.

Tritha, the lead singer of the band, said: “India is becoming more and more aware of the exploitation of women and we are happy to see them (women) perform on stage.”

Space does as many as 50 shows annually and it travels acroos the country to places like Rajasthan, Arunnachal Padesh and Gujarat, as also Delhi.

“We earn enough to survive and run our homes,” Tritha said.

Although the moral police may not be so enthusiastic about the presence of all-girl bands, their male counterparts welcome them because of the healthy competition they provide.

Salman Khan, lead vocalist of Delhi-based band Astitva, said: “As an artist and as a band, we do feel that there are very few all-girl bands in India. Our rock fraternity lacks all-girl bands. I really feel that girls should come forward and play music. It would be nice if we get good all-girl bands and they should become our collegues.”