Chennai: Southern actress Anjali has accused her step-mother Bharati Devi and Tamil director Mu Kalanjiyam of harassment. She has alleged that the two have robbed her of all savings.

“I’ve been mentally tortured by my step-mother and director Kalanjiyam. Both of them pose a threat to my life and I fear staying anywhere close to them. I moved out of Chennai yesterday (Monday) after I brought the allegations public. I’m currently in Hyderabad but would not wish to reveal my whereabouts,” Anjali told. 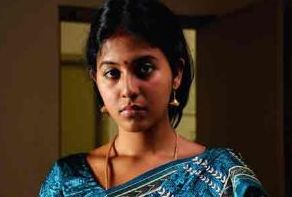 Following the allegations Anjali made Monday, she went into hiding and was unavailable for contact.

“My step-mom and her husband used to accompany me for shoots and would never allow me to have my own space. They wouldn’t let me talk to my friends or family. Currently, I only own one property in Chennai, all other assets and savings are in her name,” she added.

“My step-mom knew director Kalanjiyam since my debut. They both have been constantly harassing me since then and treated me like a slave. I was merely a money making machine for my step-mother. I couldn’t take it any longer and, therefore, decided to blow the whistle on them,” Said Anjali, who has filed a legal complaint against her step-mother and director Kalanjiyam.

“I adopted her from my elder sister when she was 15 years old and since then have been taking good care of her. I still can’t understand why she would accuse me of harassment. She says I looted a crore of her savings, but in reality she is only getting paid in lakhs for her movies and, therefore, she can’t possibly have so much money,” Bharati Devi told.

“I accompany her to shoots because I believe she needed some supervision. It is very easy to get carried away at this young age in this business and, therefore, I was there to protect her,” she added.

She made her cinematic debut with Tamil drama “Sathamindri Muthamidu”, which was directed by Kalanjiyam. However, that film never saw the light of the day.

Director Kalanjiyam too is shocked at Anjali’s allegations.

“Her debut film never took off, but her family was in touch with me because I groomed her to be an actress. Her family treated me as their well-wisher and I respected it. I never tried to take advantage of her at any point. I still can’t believe why she would accuse of harassment,” Kalanjiyam told.

“I was working with her in my upcoming Tamil film ‘Oor Suttri Puranam’. She already shot some portion of the film and has given me dates in May as well. If she really had a problem with me, why would she even bother to work with me,” he added.

He says he wants to handle this matter legally.

“She has defamed my name with baseless allegations. If she really says I harassed her, then I would like to handle the matter in court. I have also filed a complaint in her name. I will only see her in court now,” said Kalanjiyam.

Meanwhile, Anjali is to start shooting for the untitled Telugu remake of “Bol Bachchan” from Wednesday in Bangalore. She also recently completed shooting for upcoming Telugu action-drama “Balupu”.