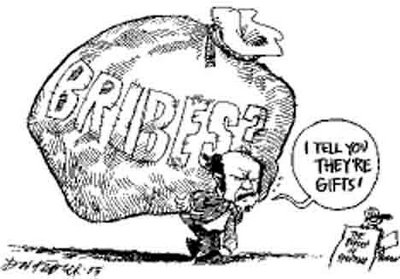 Ranchi: The CBI today conducted searches at the houses of 11 Jharkhand legislators in connection with the cash-for-vote charges in the 2010 Rajaya Sabha polls.

Sources in the Central Bureau of Investigation said the houses of Jharkhand Mukti Morcha (JMM) legislators Vishnu Bhaiya, Suresh Paswan, RJD’s Sanjay Yadav and a few Congress legislators were raided in Ranchi, Jamtara, Koderma, Giridih and other districts of the state.

According to CBI sources, some vital documents were seized during the raids. The CBI has till now conducted searches at more than 15 places in the state.

At a directive of the Jharkhand High Court, the 2010 Rajya Sabha cash-for-vote case was handed over to the CBI from the state vigilance department, which was earlier investigating the case.

The Jharkhand High Court is monitoring the case, and the court had expressed unhappiness over slow pace of investigations into the horse-trading cases.

An arrest warrant is pending against Sita Soren, JMM legislator and daughter-in-law of party chief Shibu Soren. She is accused of threatening her former personal secretary in the case.

The CBI is also investigating the 2012 Rajya Sabha cash-for-vote case. The 2012 polls to the upper house of parliament were countermanded after more than Rs.2 crore in cash was recovered from the vehicle of an Independent candidate.

A TV channel aired a CD with the voices of six MLAs from the state soon after the polls to fill a vacancy from Jharkhand in the upper house in 2010.

Six MLAs of different parties were shown expressing willingness to vote for a particular candidate in return for monetary gains.

An FIR was lodged, and the state’s vigilance department began investigations. The probe was later taken over by the CBI.