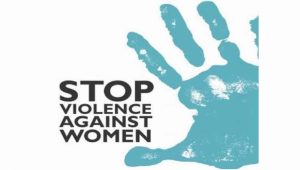 Gurgaon:  Angry villagers near here locked up the teachers of a government senior secondary school Thursday after a girl student committed suicide at her home four days ago. The girl had failed to pass class 11, police said.

“Answer sheets of all the students who were declared failed would be re-checked by competent teachers of some other schools,” the district education officer said.

The villagers alleged that the girl had been failed deliberately by her teachers. On Thursday, the school re-opened for a new academic session, when the villagers created a ruckus at the school.

The villagers locked up the teachers for a few hours, until police intervened. They alleged that Rajesh Kumari had hanged herself to death from a ceiling fan at her house after she was declared failed in class 11 despite her having performed well in the examinations.

No suicide note was found.

Mukesh Kumar, the victim’s father, told police that the girl had been upset over her results, which were declared March 23. She hanged herself March 24.

Vijender Singh, in charge of the Rajendra Park police station, said a case of accidental death — in which no one was blamed — had been registered on the basis of a complaint from the girl’s father.