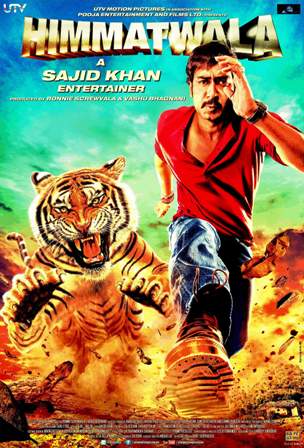 Mumbai: Southern actress Tamannaah says her Bollywood debut “Himmatwala” may be described as a remake, but it is not an exact copy of 1983 film of the same name because director Sajid Khan has altered the original script.

“The film might come with the tag of a remake, but when you see the film, you will notice that Sajid has completely rewritten the script. Except for a few things that have been taken from the original, the way characters are dealt with is completely different,” the 23-year-old said in an interview.

K. Raghavendra directed “Himmatwala” starred Jeetendra in the lead, while Sajid Khan has teamed up with Ajay Devgn in his version.

“For instance, Ajay’s character in the film is a street fighter but in the original Jeetuji’s (Jeetendra) character was en engineer. So, I don’t feel the sense of comparison will be as strong once the film comes out,” she added.

Meanwhile, Tamannaah believes her southern fans won’t be disappointed to see her in the Hindi movie, when it hits theatres Friday.

“I think this is the best portrayal I have had till date, the way I look. Sajid loves his actors and he loves the characters. So he glorifies them beyond imagination. Be it Ajay’s portrayal in the film or my portrayal in the film, it will be larger than life,” said the actress, who has worked in about 24 Tamil and Telugu films.

“South Indian films have always been about how to glorify the actors, so I am sure they will enjoy it,” she added.