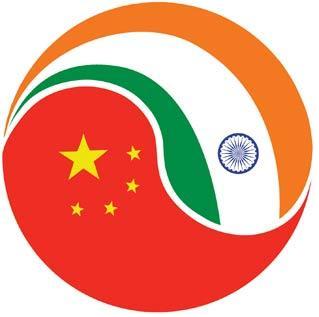 Durban: The new Chinese leadership under President Xi Jinping has told Prime Minister Manmohan Singh it will continue to pursue the positive groundwork laid down by its predecessors to improve ties between the two Asian neighbours, notwithstanding the long-pending border dispute.

This was the outcome of two significant meetings Xi had with Prime Minister Manmohan Singh, one on the margins of the BRICS Summit Wednesday and the other a more structured two-way engagement hours later.

It was also their first eye-to-eye contact since Xi assumed presidency two weeks ago.

“‘I would like to continue that relationship’, that’s what he said when the two met,” the official said, referring to the first meaningful contact between the Chinese and Indian leaders during a luncheon at the 5th BRICS Summit.

The two also met formally later at night — hours of delays after their scheduled bilateral engagement set for post-noon — at the conclusion of the summit, during which, officials said, “the entire range of issues” were discussed, alluding that it ranged from the border issue to bilateral trade imbalance.

Xi had laid the groundwork of his meeting with Manmohan Singh with a five-point formula to improve ties with India, underscoring that peace between the two sides must be maintained across the borders without affecting neither the talks to resolve the dispute nor other aspects of the ties.

There was also an emphasis on the two sides being able to “properly handle differences”.

Xi said here that the world needs the common development of China and India and taht both countries should strive for a rational solution to the border row.

On the border issue, Xi said China and India should improve and make good use of the mechanism of special representatives to strive for a fair, rational solution framework acceptable to both sides as soon as possible.

He said the two sides should continue to safeguard peace in border areas and prevent the issue from affecting bilateral relations.

China and India, as the world’s two largest developing nations, have a similar historic mission to boost their social and economic development, Xi said.

Both countries are in an important period of strategic opportunities, he said, adding that China-India relations have broad prospects for development.

China regards ties with India as one of the most important bilateral relationship and favours strategic cooperative partnership, Xi said.

He called on the two sides to maintain high-level reciprocal visits and contacts, and make use of political dialogues and consultations at various levels to strengthen strategic and political communication.

China and India should broaden exchanges and cooperation between their armed forces and deepen mutual military and security trust, Xi said.

He said China and India should also discuss cooperation on large-scale infrastructure projects.

He said the two countries should strengthen coordination and cooperation within the UN, BRICS, the G20 and other multilateral groupings, support each other’s participation in regional cooperation, and promote peace, stability and development in Asia.

Manmohan Singh had said before leaving for Durban that he looked forward to his meeting the new Chinese president, with whom he had a telephonic conversation — soon after the change of leadership in Beijing mid-March.