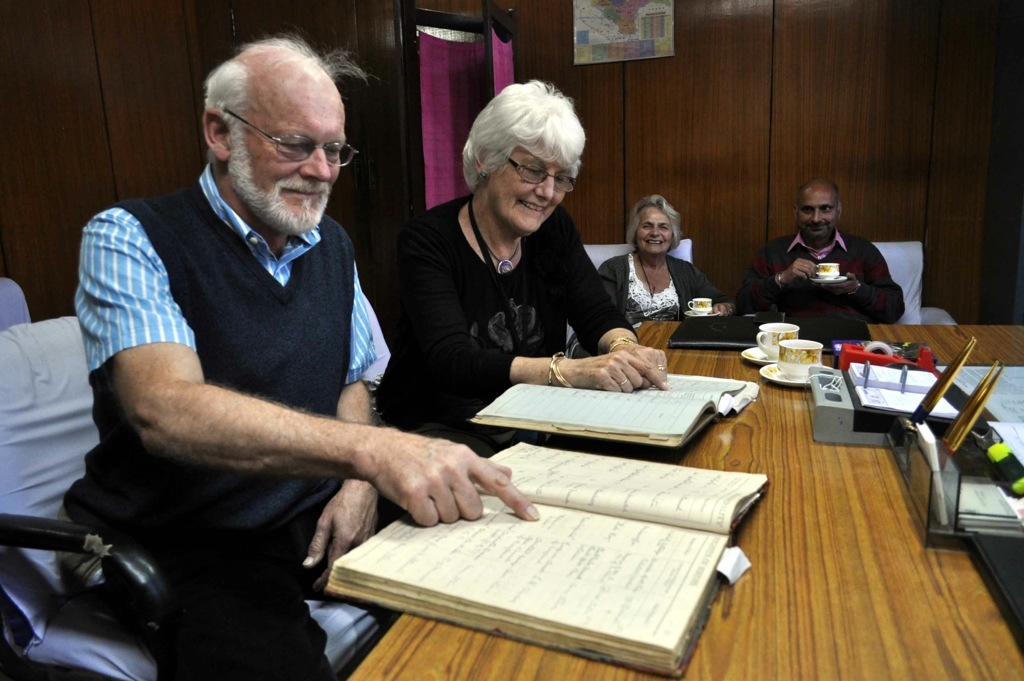 Shimla: Allan Delves and his sister Jayna, both from Sussex in the United Kingdom are pleasantly surprised by the efficiency of the birth and death wing of the Shimla Municipal Corporation.

The siblings had been trying to find out about their grandparents, who lived in India as part of the British colonial establishment.

Omesh Bharti, in-charge of the birth and death wing of the Shimla Municipal Corporation, one of India’s oldest civic bodies, said on Sunday that the Britons were provided the certificates of birth of their grandparents Saturday, for which a fee of Rs.5 (or 14 pence) was charged per certificate.

“All these years, we’ve been trying to locate them (the grandparents) on the Internet,” said Delves, 67, who was in Shimla to trace his roots, along with his sister.

As per the records, their grandfather Andrew Frank was born in 1880 and mother Emma in 1909.

“It’s a precious, of course, a memorable gift,” said Delves.

Delves said he was impressed with the civic body’s record-keeping.

“When we visited the office Friday, it took not more than 15 minutes to manually locate their names in more than century-old registers,” Delves said.

“After applying for the birth certificate Friday, we got them the next day. We never expected that we will be able to access the records in such a short time,” an elated Delves said.

Officials say birth and death records have been maintained by the civic body since it was constituted in 1851.

The brother-sister duo also found out about where their grandparents lived in Shimla.

“As per civic body records, Errin Lodge and Oakley Grove were the places where our mother and grandfather, respectively, used to live. With the help of the corporation, we managed to locate those buildings too,” Jayna said.

She said her mother came back to Britain in 1935. “She used to tell us that Shimla is like any other British town with rich Gothic-style architecture. We are quite impressed that some of the monuments made by the British are still in existence.”

Even the Town Hall, which currently houses the Shimla Municipal Corporation, was built by the British in 1908 with stone and timber.

The ‘Queen of Hills’, as Shimla was fondly called by the British, has 91 British-era heritage buildings.

These include Ellerslie, housing the state secretariat, Vidhan Sabha, Peterhoff which was completely renovated after being devastated in a fire nearly two decades ago, and now serves as the state guest house, United Services Club, Town Hall, Barnes Court housing Raj Bhavan, Gordon Castle and the famous Viceregal Lodge, which now houses the Indian Institute of Advanced Studies.

More than 60 years after Indian independence, this Himalayan town still attracts people from Britain keen to trace ancestors who once lived here.