Shimla: The “Queen of Hills”, as this state capital was fondly called by the British, is in the grip of jaundice. More than 100 cases have been reported from the town in the last few days, officials said Friday. 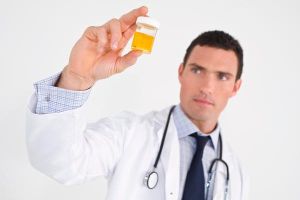 Shimla municipal health department officials suspect that mixing of sewage with potable water and contamination of natural water sources have caused the spread of this water-borne disease.

Most of the jaundice cases have been reported from Panthaghati, Vikas Nagar and Kasumpti, newly-developed areas of the town, municipal health officer Omesh Bharti told.

“People in Vikas Nagar and Kasumpti areas have been warned not to use natural water sources as these are contaminated,” he added.

Doctors in the Indira Gandhi Medical College and Hospital said on an average 10 to 12 patients suffering with jaundice are daily coming to the hospital.

Irrigation and Public Health Minister Vidya Stokes said the government was concerned over the cases of jaundice and all possible preventive measures are being taken to check its further spread.

The Shimla Municipal Corporation has been directed to take necessary steps, particularly in the area where the water is being supplied from Ashwani Khud drinking water scheme, she said.

Stokes directed the civic body to close polluted sources in the vicinity of the town and undertake a drive to connect all houses with the sewerage system.

Deputy Mayor Tikender Panwar said the effluent from the sewerage treatment plant in Malyana was of suspect quality and could be the possible reason for the spread of jaundice.

In 2010, more than 200 people in the town tested positive for Hepatitis E, a liver problem caused by the consumption of water contaminated by sewerage.