Guwahati: The one-horned rhino population in Kaziranga National Park in Assam has gone up by 39 since last year, forest officials said today.

The latest census located 2,329 rhinos in the park while the last census in April last year had traced 2,290 rhinos. 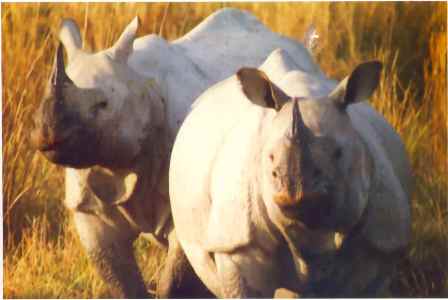 Officials said the 2,329 rhinos included 645 adult males and 684 adult females — the others were either sub-adults or cubs.

The two-day census, which started Sunday, revealed an increase in the rhino population by 39 in 11 months.

The Assam government had decided to carry out the census after many rhinos died in the floods last year and many were shot dead for horns by poachers in the park and adjoining forests.

While over 12 rhinos were poached last year, 13 have been killed since January this year.

A senior park official said the census was a regular practice.

“It is important to assess the number of the one-horned rhinos at regular intervals,” he said.

Over 250 staff were engaged in the census and the park was divided into two parts and 81 blocks, he said.