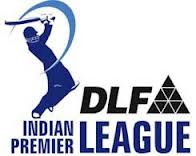 Kolkata, March 30 (IANS) Known as a foodie’s favourite, Kolkata will tickle the taste buds with lip-smacking Tandoori delights as a special treat for cricket enthusiasts during the sixth edition of the Indian Premier League (IPL) matches that begins here April 3.

As Kolkata gears up to host a gala opening ceremony of the tourney April 2, restaurants and hotels are set to offer savoury kebabs, both vegetarian and non-vegetarian.

The Sonnet, in the satellite township of Salt Lake, is super-excited to unleash its new menu with special offers on food and beverages.

According to food and beverage manager of Sonnet, Soumen Halder, a host of tandoori kebabs will be on offer as starters.

“Both vegetarian and non-vegetarian Tandoori options will be available.” Halder told IANS.

“I am looking forward to teaming up with buddies at the restaurants to taste the new platter that they have on offer along with the nail-biting matches of IPL 6. It will be fun both for the eyes and the taste buds” young entrepreneur Ratul Ganguly told IANS.

Street food lovers will also get a surprise as ice-lollies will be decked up in colours of the various teams.

“We have decided to add colours according to the IPL teams to our ice-lollies,” a street ice-cream vendor told IANS.

With nine teams and over 70 matches, IPL-6 will be officially inaugurated April 2 at a glittering ceremony in the Salt Lake Stadium here followed by the first match of the league between defending champions Kolkata Knight Riders and Delhi Daredevils April 3 at the historic Eden Gardens.