Shimla: A test of sheer grit, stamina and raw muscle power, green adventure sport of mountain biking in the western Himalayas would put to test 82 professional and amateurs, men and women enthusiasts as the 5th edition of Mountain Biking Hercules MTB Himachal â€“ 2009 gets underway on Sunday, which also marks the World Tourism Day.

â€œEven though there is a lesser presence of overseas participants this year, but the popularity of recreational as well as competitive mountain biking is growing in the country,â€ said Mohit Sood, president of the Himalayan Adventure Sports and Tourism Promotion Association (HASTPA) that holds the event.

With Himachal Tourism as a collaborating partner, the event would be flagged of by chief minister Prem Kumar Dhumal from the grand premises of Peterhoff, a luxury hotel, and is scheduled to conclude at Manali on 6th October.

Passing through 3 districts of Shimla, Mandi and Kullu, the race would log a distance of over 700 kilometers in 9 cycling days. 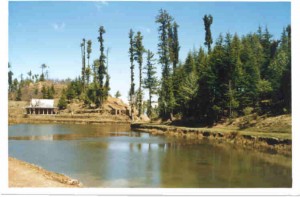 Crossing the city through Navbahar, Sanjauli, Dhalli and moving into the outskirts of Mashobra, Baikhalti, Fagu and Sainj, the country racers would halt for the first night at Gumma.

Competing in the Open Men, Open Women, Open Masters, Teams of Two events the cyclists would be going through Rohroo, Thani Jubbar, Kullu Sarahan, Bahu, Gada Gushaini, Bagsaad to end up in Manali for the winners ceremony.

A strong contingent of 19 cyclists from the army, 10 from air force and a 6 member team from Nepal are among the participants who have confirmed their entry.

Of the 79 cyclists participants, last year, 33 were foreigners mainly from European countries.

Of the expected 13 foreign participants this year, 6 are from Nepal and the others from Canada, US and Belgium, the organizers said.

With the Himalayan landscape for a backdrop, the race considered a salute to the indomitable human spirit along with the Trans-Alps Challenge (Europe) and Trans Rockies (Canada) mountain biking events is counted among the toughest in its category.

Doctors and ambulances equipped to handle emergencies during the rally have been made, organizer Mohit Â Sood said.