For the next eight months Indian cricketers can relax and savour the best ever series victory in their 80-year Test history against an Australian team dubbed the worst in recent memory.

Without getting unduly excited about the team’s showing, can we honestly say the series against Australia has enhanced the stature of Test cricket during which matches barely lasted a little over three days? 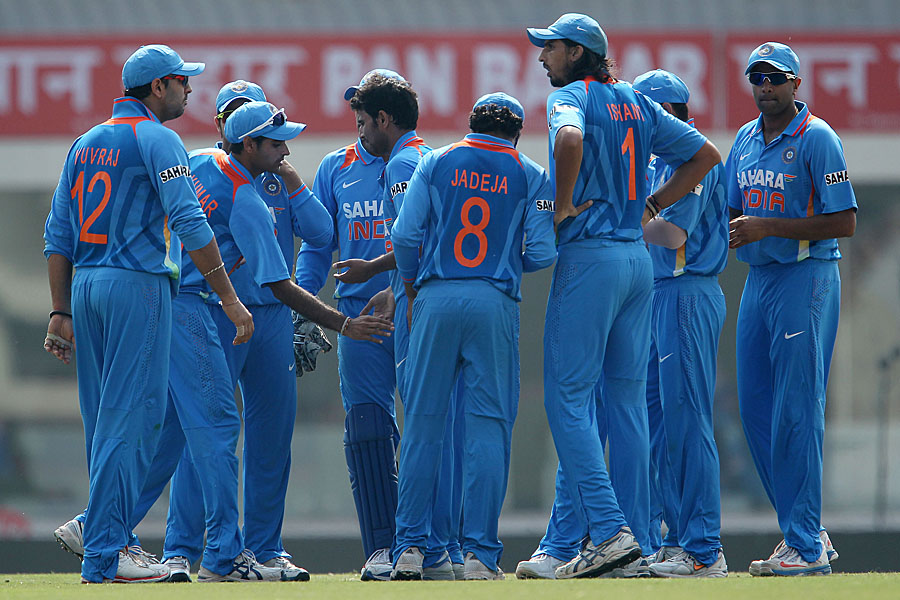 If India’s performance against England fell short of expectations, they were clearly head and shoulders above Australia. Now when they next tour South Africa and then New Zealand it will again be a different ball game. There the real character of the team will be known.

Even after the horrible returns from England and Australia, the administrators here did not panic like they did Down Under in the aftermath of the back-to-back Ashes defeats and set up a high-powered Argus Review.

There were hysterical calls for the head of Mahendra Singh Dhoni; leading the chorus were the demigods of cricket. Now after the whitewash they have joined the Hail-Dhoni bandwagon without even a hint of apology.

Dhoni’s proximity to Board chief Narayanswamy Srinivasan is all too well known. Srinivasan went a step further in brazenly publicising the relationship by stopping the selectors from sacking him and instead gave him a free hand to reorganise his forces telling the national selectors to fall in line.

The result was to get rid of heroes without a care for sentiments. First, a message went to V.V.S. Laxman that he will have a farewell series, but that won’t be against his favourite opponents Australia.

Caring more for Indian cricket and his self-respect, the genial Hyderabadi retaliated like an honest man and announced his retirement, saying he wanted to give his replacement ten Tests at home before he embarks on sterner tests overseas.

The other two men marked down on the tour of Australia for their lack of performance on the field and the trust off it – Virender Sehwag and Gautam Gambhir. Before that in England, Harbhajan was made to realise his days were numbered and was just allowed to play his 100th Test. Zaheer Khan read the captain’s mind and did not try to make a serious attempt to challenge his unending injuries or his falling status.

The enthusiastic replacements have come out blazing. Look at the flair and form of Man of the Series Ravichandran Ashwin (29 wickets), the highest run-getter Murali Vijay (430 runs), in-form strokemaker Cheteshwar Pujara (419 runs), surprise package Ravindra Jadeja (24 wickets), picked as batting all-rounder but shone as bowling all-rounder, Shikhar Dhawan, who smashed the fastest hundred on debut (187), not to forget Dhoni’s 224 to ease the pressure on the team and more so on himself in the first Test. The captain’s knock has emboldened his teammates to take the opponents head-on.

Dhoni, who keeps saying that he doesn’t read newspapers or watch TV, didn’t bat an eyelid in blasting the media. He went acerbic saying when four fast bowlers play, it is strategy and if three or four spinners play, the wicket is bad.

What he wouldn’t say was that the four pacers are played on pitch that cannot be distinguished from the surrounding turf and in the same way three spinners are picked when the pitch has the look of a cart-track and the match is unlikely to last beyond three days! In both cases the team obviously looks at its own strength while taking note of the opponents’ weakness.

The ploy of making turners proved counterproductive against England with Graeme Swan and Monty Panesar exploiting the conditions better than the Indians and in the process they also exploded the myth that Indian batsmen are the best against spin. Even Nathan Lyon was made to look unplayable, particularly in Delhi.

Dhoni has admitted he has changed his style of captaincy. In this series he could be seen charging and jumping for high fives after every dismissal and shouting his instructions for the stump microphone to resonate them.

He is conveying to his critics that like Sachin, he alone will decide his future, not anyone else and that he will be around to defend the 2015 World Cup.