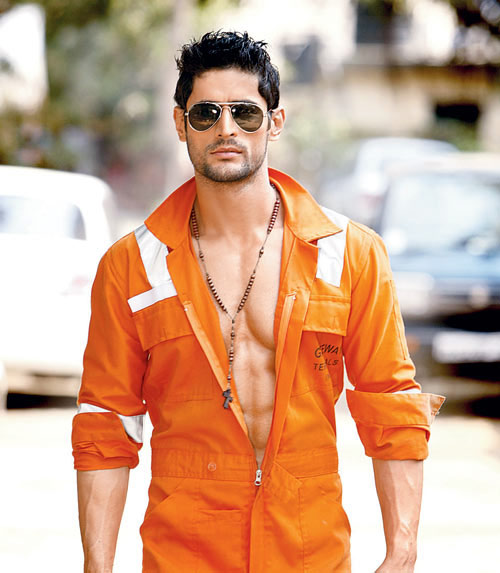 Mumbai:  Mohit Raina, seen as Lord Shiva in mythological TV series “Devon Ke Dev… Mahadev”, has clarified he is not dating anyone. A self-confessed Mama’s Boy, the actor is shocked by the reverence and adulation.

Cutting down talk of being involved with his co-star Mouni Roy and of a marriage proposal from Priyanka Chopra, Mohit said he is single.

“There is no real-life Parvati in my life. There has been talk of my linkups. But seriously, there is no time. All I do is shoot and go to the gym. My mother lives with me after my father passed away two years ago,” said Mohit, a Kashmiri.

About desisting from love involvements Mohit quipped, “A real-life Parvati would demand time and attention. I can’t give her time, I am sure in the future I will have a Parvati in my life. And the Ganesh and Kartik (the kids) will follow. It’s not easy being god. But it’s exhilarating.”

He said his mother is “inundated with requests to meet me. ‘Bhagwan ke darshan kara do,’ they tell her. But my mother doesn’t take me seriously… She thinks I am over-rated, doing just about okay.”

A screen-god, who is the nation’s sex symbol, sure sounds contradictory.

“It surely is. Well, I guess people people are looking at me in a way they’ve never looked at screen gods before… The kind of attention I get is way beyond my comprehension. I know they’re reacting to Shiva Bhagwan and not to Mohit Raina. But still the attention is disconcerting…People love me. I couldn’t ask for more.”

but Mohit, who shoots for the serial round the clock, is not not a “very outgoing person”.

“I don’t party or socialise. Not only because I can’t(considering my image). But because I don’t want to. This is a lifetime opportunity for me. Even if I was tempted to socialize and womanize, I would have given up the thought for this role. But I am not that kind of people.”

However, he does go to the gym “to be able to expose Shiva Bhagwan’s torso in every episode”.

“People have gotten to know I visit the gym every day. They are there to meet me every day. And there’s no particular age… I have seven-year old girls, 57-year old aunties and 85-year old grandparents desirous of a darshan.

“The other day 70-plus ladies from Nagpur showed up at the gym with roses. They didn’t know what else to gift me. I was touched.”

“My mother was very upset… I had requested for a holiday on Shivratri. My producers laughed their heads off…I made sure I performed puja after I returned home shooting. But I can’t complain. I love what I am doing. I am quite happy being Mahadev. But Mahadev is completely separate from Mohit Raina.”

Mohit has a formula to get out of character every day after shooting.

“Initially I didn’t know how to switch on and off. In due course, I’ve discovered a 15-minute meditation and breathing exercise that I do every day after shooting. That helps me to come out of character.”

Going back to the beginning of his journey, Mohit said: “I am from Jammu and Kashmir. I always wanted to be part of Mumbai’s entertainment world.

“I participated in Grasim’s Mr India contest in 2006. That’s how it all started for me. I came to Mumbai and I was modelling for a while. Soon I realised modelling was not my cup of tea. I wanted to try my hand at acting. I started with some serials like ‘Chehra’ that didn’t do well.

“I also did film ‘Don Muthu Swamy’ with Mithun Chakraborty… Finally, I got ‘Devon Ke Dev… Mahadev’. I was destined to play Lord Shiva. And now people know who Mohit Raina is, albeit as Lord Shiva.”

As a Shiva devotee, Mohit found it easy to slip into character. “That fact that my father was a Shiv devotee helped me to get into character. We are Kashmiri Pundits. When we were in Kashmir my father would take me to the Amarnath temple.

“People will remember me as Mahadev for as long as possible. I am giving my life to the show,” he said.

After 17 hours of work when Mohit heads home, he can’t have his mother’s cooking.

“Unfortunately I can’t have my mother’s rich ghee-laden food. Because Shiva has to have a great body non-stop… If my presence in a 22-minute serial can change lives, why would I miss the small pleasures of life?”