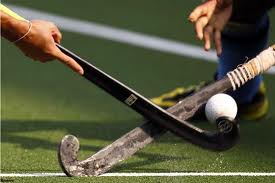 Kolkata: He was part of the hockey team which won independent India’s first Olympic gold medal, but Jaswant Singh Rajput, who played both as a left-half and centre-half, dislikes watching the national team of which he once was a proud member.

“Hockey is now a hit and run game. There is no offside. It is now more about power than skill. I no more watch the game, especially after the way India has been performing,” Rajput, now 85, told IANS in an interview.

Part of the gold medal winning Indian hockey team at the 1948 Olympics and a member of the squad at the 1952 Games, Rajput is livid at the administrators of the sport and the lack of talent.

“It is heartbreaking to see the lack of talent in Indian hockey. The administrators are to be blamed. They ruined the national game of the country. Why would children take up the game? There is neither money nor fame,” said Rajput.

Born in Delhi, Rajput picked up the game during his school days and went on to represent Delhi University, where he was spotted by the national selectors. Immediately after his entry into the national team, he was bound for the 1948 Olympics.

Rajput, who started off as a left-half but later in his career preferred playing from the centre, was known for his excellent dribbling skills and ball control.

On the advice of good friend and teammate Leslie Claudius, Rajput shifted his base to this West Bengal capital after returning from the London Games. Since then, a two-room rented accommodation tucked away in a dingy bylane in centre of the city has been his abode.

Describing himself as a fan of former Indian captain Dhanraj Pillay, Rajput conceded that he is not aware about the current crop of players.

“There is no talent in the team. The last player whom I loved watching is Pillay. He was a class player,” said Rajput who “tried watching India play at the 2012 Olympics – also at London – but could not stand the humiliation the team suffered.

“Why do you want me to watch India play? To see them getting humiliated game after game,” he asked, expressing his anguish on seeing the demise of a team which had once conquered the world.

The octogenarian is also unhappy at the government’s neglect of the national game and wants former players to don the role of administrators.

“During my days playing hockey was a matter of pride and honour. But today people hardly recognise hockey players. The need is to make it as popular as cricket. Only then can the game be revived,” he said.

Rajput who was passionate about hockey which had given him everything, however, quit the game at the height of his career.

“Those days sports was about pride and honour. It was about representing your country and not a profession. Hockey was my passion, my life but at the same time I needed to earn a livelihood.

“Since I had started my business I had to quit the game because it would have been criminal on my part not to give my 100 percent to the game which had given me everything,” said Rajput who had started the city’s largest service station of the time immediately after returning from the 1952 Helsinki Olympics.

The man may be pained at the current status of his beloved game, but he can never forget a scene which still plays out in his mind – seeing the tri-colour unfurl at the Wembley after India thrashed Britain 4-0 to win the Olympic gold for the fourth time in a row.

“Our flag on their soil – what more could we want? It is a feeling which can only be experienced…,” said the man, proudly displaying his gold medal.

Rajput, who still enjoys his morning walk with old friends, admits that after hockey, the city – for him still Calcutta – is his second love.

“My daughter is angry that I refused to move to Canada with her, but how can I leave my beloved Calcutta? The city has always been a faithful lover, though I badly miss Leslie (Claudius), he was such a great friend,” said Rajput, who leaves alone in the city after his wife passed away a few years back.

He closed down the service station two years ago due to his advancing age and now lives on his savings, which are quite adequate.