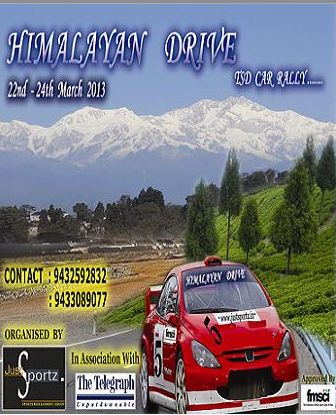 The event attracted more than 50 drivers and navigators from Kolkata, Siliguri, Darjeeling and Gangtok.

“The drive was certainly a challenging event that tested man and machine to the maximum. The Rally route was breathtaking and I thoroughly enjoyed participating in this event,” said Hazra.

The rally route was for most part on hill roads that are as high as 9,500 feet above sea level. Day 1 of the rally saw the drivers covering a distance of 120 km from Siliguri to Gangtok after the flag-off before moving to Gangtok and Darjeeling after which they headed back to Siliguri.