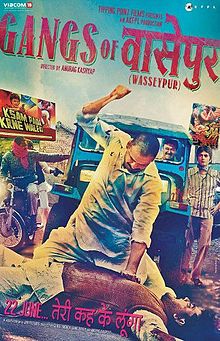 The Manoj Bajpayee, Richa Chadha, Tigmanshu Dhulia and Huma Qureshi-starrer will be screened at the fest March 29.

A documentary on social activist Sampat Pal and her group, Gulabi Gang, will also be screened. Directed by Nistha Jain, the movie will compete in the documentary section.

Other Indian movies which will be part of the screening are: “The Cloud-Capped Star”, “Celluloid Man”, “Ship of Theseus”, “Meghe Dhaka Tara”, “Guru of Silence”, “With You Without You” and “21 Chitrakoot”.

The 17-day-long festival will end April 2.